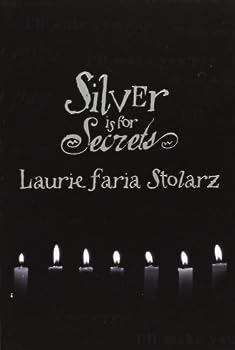 Silver is for Secrets (Stolarz Series)

(Book #3 in the Blue is for Nightmares Series)

This description may be from another edition of this product. I'll make you pay . . . School is over, and now Stacey, her boyfriend Jacob, and their friends have rented a beach cottage for the summer. No more stress, secrets, or stalkers. But then Stacey's...

Published by Maggie , 6 months ago
Unfortunately, I didn't like this book as much as I liked the first two in the series, and I'm guessing that's due to my strong dislike for Clara as a character. From the first moment we meet her I was annoyed, and I automatically liked any scene with her in it less than I might have originally. I also wasn't a fan of the subplot for a couple of the other characters, I won't go into detail to avoid potential spoilers but they are characters I normally like, I just found them so uninteresting in this book and that their subplot didn't add anything to the story. Overall, I still love this series, and anytime I reread I certainly won't skip this one. The twist at the end was less predictable than I was expecting, so that is definitely a positive!

The Best Book Of The Series!

Published by Thriftbooks.com User , 15 years ago
Over the summer I read all of the books in the series by Laurie faria Stolarz. That included Blue is for Nightmares, White is for Magic, Silver is for Secrets, and Red is for Remembrance. My favorite one was Silver is for Secrets and that is the one I am writing about today. Laurie faria Stolarz put so much great detail into the whole series. I loved all of the books! In Silver is for Secrets, Stacey Brown is the main character yet again. She has a gift. Stacey has dreams about people she knows and people she doesn't know that are going to be murdered. Stacey and her best of friends and her boyfriend Jacob go on a summer vacation trip to a cottage on the beach. Stacey's dreams had stopped until she arrived at the beach. She had a dream that a girl she did not know was going to get murdered. She found out it was a girl in a neighboring cabin. However, in the past whenever Stacey had a nightmare she usually had some source of bodily movements that end up helping her to find out how people will die (she wet the bed when the person ended up being found in a port-a-potty). So the constant nosebleeds she receives must be a clue into what will happen to Clara, the girl that her dreams are about now. Stacey is still trying to have a good time with her boyfriend Jacob who came into the picture when he had dreams about Stacey's death and transphered schools in order to find and save her. Once they met they knew they were soul mates. Stacey tries so hard to tell Clara about her visions but she does not really care. She doesn't take it seriously until she finds the words "I'll make you pay" written in red paint on a mirror at the cottage. Clara is by herself at her cottage because here parents went out to see relatives so she spends the night in Stacey and her friends cabin which sparks up problems between Drea (Stacey's best friend) and Chad (Stacey's ex and Drea's new boyfriend) when Clara is caught kissing Chad. This book is filled with twists and turns and an ending that you'll never forget. My advice is read the end of the book with a box of tissues at your side. Absolutely read all of the books in the series. I read one a day because I could just not put them down! A page turning mystery that I would recommend to anyone! I give Silver is for Secrets by Laurie faria Stolarz two thumbs way up!

I think it's the best one!

Published by Thriftbooks.com User , 15 years ago
I think that Silver is for Secrets is the best out of the first three books. I kind of predicted that Clara wasn't all that innocent. Mainly because she didn't really care about losing her life. She acted really childish and flirty. I never really liked her character. I never thought that she would do what she did at the end. Overall, this is a great book! SPOILERS! DON'T READ ON IF YOU HAVEN'T READ THE BOOK! This is a really nice twist in the books. Usually, these books don't really have endings like this. The ending usually are really happy and everything works out. Jacob fell into the ocean at the end and his body wasn't found. That's how Laurie ended this book. It was cool how she put the journal entried by Jacob and the hospital talk with the doctor and Stacey. I love this book. Can't wait to read the fourth one!

A BOOK FILLED WITH SUSPENSE FROM BEGINING TO THE END!!!!

Published by Thriftbooks.com User , 16 years ago
I've absolutely enjoyed this book because it is so unpredictable. I think I know what happens next, but then the author, Laurie Faria Stolarz (who is an excellent author), goes a different direction from what I was predicting. What I also loved about this book is that it seems so realistic. So realistic that I start to sweat and breathe heavily when I get to a dramatic part. If I had to read a book a thousand times, this is the one. I've enjoyed every book of the series, and can't wait for it to continue! Props to Laurie!!!!

Published by Thriftbooks.com User , 16 years ago
Okay...well fist I must say that I ABSOLUTELY loved the first two..and then I read this and wow it blew me away... she is such a talented author..i can't wait until the fourth book comes out. I must say i was rather disappointed in the ending..but im hoping in the fourth book everything gets better... Right now i have my best friends mother reading the first book, and my best friend is on the second one...i HIGHLY recommend this book to pretty much anyone..of any age.

Published by Thriftbooks.com User , 16 years ago
After two years of having permonitions of friends deaths and going through horrible episodes of nightmares, Stacey's nightmares persist once again. A young girl, named Clara, is currently staying in the same area as their beach get-away that Stacey and friends decided to rent out before going to College. This time the main character Stacey is dreaming of Clara's death, and does everything in her power to save Clara, even though Clara isn't very well like by anyone in the house. This book was truly amazing, it was full of shocks, laughs, and tears. The end is very unexpected and caused me to cry. Everything in this book is very well written, and I think it is Laura Fairia Stolarz best book yet. Once I got the book I never put it down and read it all at once. This is a must read for all people who enjoy reading mystery novels.
Copyright © 2020 Thriftbooks.com Terms of Use | Privacy Policy | Do Not Sell My Personal Information | Accessibility Statement
ThriftBooks® and the ThriftBooks® logo are registered trademarks of Thrift Books Global, LLC