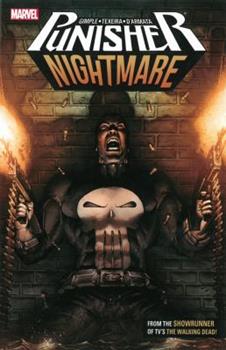 (Part of the Punisher: Miniseries Series and Punisher: Nightmare Series)

A veteran home from a foreign war. A family gunned down for being in the wrong place at the wrong time. A familiar sounding story to Frank Castle. And a series of events that will give rise to a foe that will challenge the Punisher as never before. Written by Scott Gimple, writer and producer on the Walking Dead television series and illustrated by Mark Texiera. Collecting: Punisher: Nightmare 1-5