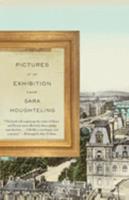 Pictures at an Exhibition

A sweeping and sensuous novel of a son's quest to recover his family's lost masterpieces, looted by the Nazis during the occupation. Max Berenzon's father is the most successful art dealer in Paris, owner of the Berenzon Gallery, home to both Picasso and Matisse. To Max's great surprise, his father forbids him from entering the family business, choosing instead to hire a beautiful and brilliant gallery assistant named Rose Cl ment. When Paris falls...

Published by Thriftbooks.com User , 13 years ago
This is an incredibly well-researched, well-written and captivating novel. The prose is evocative and gorgeous. It makes the reader think while reading, which is a rarity these days. This is not a breezy, easy read. It's a novel in the true sense of the word. The writing is lyrical at times, but never strays from the thrust of the story. Pictures at an Exhibition centers around the son of one of the eminent art dealers of the early 1900's in Paris, Max Berenzon. Max's father, Daniel, is a highly regarded art connoisseur and dealer, and Max spends his youth and early adulthood trying to live up to his father's stringent expectations. The story is told through Max's eyes, as he becomes enamoured of Rose, the assistant hired by father Daniel. WWII hits Paris, and the Jewish, largely the rich art community, are affected by the Nazi regime. Rose is suspected of being a collaborator, and the Berenzons go into hiding, evading the Nazi's. Daniel's collection/gallery is looted, among with so many classic art treasures, and Max is determined to find the paintings that were lost. This is a story not only of a time and place gone forever, but of a family with secrets that keeps them apart. The story is compelling, and based largely on fact. The character of Rose is based on a true woman who worked to keep the greatest art treasures in Paris and the Louvre from disappearing forever. All in all, a remarkable read. This is a compelling read--definitely flying to the top of the list of the novels this reviewer has read in the past few years. It's not a suspense thriller, it's not a romantic novel. It's a thought-provoking, detailed account of Paris in the 1930's-40's during WWII and makes the reader think -- and experience -- these times vicariously. Bravo to the author-- Sara Houghteling has done a magnificent job in putting the reader into the story through young Max's eyes. Max is naive, but hardly stupid. He is too trusting and interested in making his father, Daniel, proud of him; not realizing that it is Daniel's own shortcomings that prevent this from happening. A magnificent work of art, this novel. Lovers of impressionistic and classic art will enjoy the references to the artists and painters whose work was prominent in the early part of the 1900's. Comments about the cover and typeface were apparently questioned by some reviewers reacting to other reviews. The significance of the typeface is that it is a reproduction of one used several hundred years ago and was selected because of it's beauty and history. As for the cover--I'm glad the final cover was changed from the one received on the review copy. This one is far more elegant and nostalgic in appearance. An enjoyable, well-researched and eminently well written novel. Ms. Houghteling has done a magnificent job, indeed.

Published by Thriftbooks.com User , 13 years ago
Post World War II, a young coming-of-age Jewish man obsessively hunts for the art looted by Nazi's from his father's art gallery. Family tragedies and the desire to protect have obscured the love and respect of a father for his son. Is his search for the art the same as the search for his manhood and his father's love and respect? In his quest, he almost looses himself and what is really important. And then there is the love story. How can the transcendence of art and love, and cold-blooded uncaring greed come from the same species. You can destroy yourself trying to get what is rightfully yours, what beautiful and worth having, what is part of your soul and identity, people can take it from you and not care. Human are vultures. They take advantage of the weak then put their righteous indignation uniforms on and treat you like your are the one with the problem. They aren't any different today. Just try getting what your insurance policy says is rightfully yours from the insurance companies. Listen to the old Jewish men in the story. They know what is important. The writing is lucid and straightforward. The story telling haunting and heart breaking. The theme is universal. Much appreciated is the explanation of the history involved at the end of the book. All historical fiction should do this.

Published by Thriftbooks.com User , 13 years ago
I was very impressed with Sara Houghteling's first novel, Pictures at an Exhibition. It had that wonderful quality of good historical fiction where the reader learns more about the life and times, and yet there is the additional quality of great character description. At the end I not only wanted to know more about the issues, but also wanted to learn more about the lives of these characters --how about a sequel?

What happened to the art?

Published by Thriftbooks.com User , 13 years ago
Beverly Sills once said, "Art is the signature of civilizations." If this be true, then Houghteling's work, Pictures at an Exhibition paints us a portrait of civilization torn apart by the devastation of Nazi occupied France. Because the horrors of World War II were so extreme, some of the lesser crimes of the Nazi regime go unexamined and unremarked. And yet, if you were to extract these crimes from the time in which they were committed, you would realize the true enormity of how totally the Nazi's ravaged the art world. Houghteling enlightens the reader by sharing the journey of a young Jew who seeks to recover his family's artwork and accidentally stumbles upon a more sinister truth. Very well researched and very well written, I recommend this book to those who love art as well as those who are fascinated by history.

Published by Thriftbooks.com User , 13 years ago
In Paris, Max Berenzon attends medical school though he has no desire to be a doctor; in fact he wants to join his father's business and eventually take over the art gallery, but his dad Daniel rejects his desire. Max is also attracted the gallery's assistant, Rose Clement. When the Nazis occupy Paris, the Jewish Berenzon family goes into hiding in a wine cellar far away from the city. They leave behind priceless paintings. In 1944, with Paris liberated, Max and Daniel learn of the looting of their masterpieces. Max vows to recover the stolen paintings. As he scours the legitimate but crooked dealers, the black marketers, and the Nazi sympathizers, he also seeks Rose. The key to this excellent look at the missing after WWII Nazi ethnic cleansing is the little innuendoes and hints of anti-Semitism, clues to stolen masterpieces, and insightful angst over not knowing what happened to loved ones but sadly confident whatever occurred was not good. Max makes the tale work as he comes out of the war and his cellar obsessed with finding his father's art collection and Rose while learning paragons of society possess some of his family's masterpieces. Readers will relish traveling France with him as Sarah Houghteling paints a hunting picture of post war Western Europe. Harriet Klausner
Trustpilot
Copyright © 2022 Thriftbooks.com Terms of Use | Privacy Policy | Do Not Sell or Share My Personal Information | Accessibility Statement
ThriftBooks® and the ThriftBooks® logo are registered trademarks of Thrift Books Global, LLC