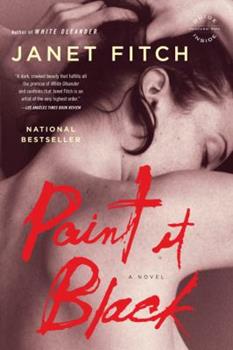 "A dark, crooked beauty that fulfills all the promise of White Oleander and confirms that Janet Fitch is an artist of the very highest order."--Los Angeles Times Book Review Josie Tyrell, art model, runaway, and denizen of LA's rock scene finds a chance at real love with Michael Faraday, a Harvard dropout and son of a renowned pianist. But when she receives a call from the coroner, asking her to identify her lover's body, her bright dreams all turn...

Published by Lori A. Meyers , 1 year ago
Do not read this book if you are the least bit depressed, have lost someone dear to you from suicide, or need to handle life's unpredictable nature with lots of drugs and alchohol. This story is such a downer! I have read two other Janet Fitch novels and loved them so I continued to read this book to it's very long end even though it was extremely repetetative and bleak. How in the name of " " does work like this ever get published? Don't waste your valuable time. Life is much too short for such drivel. And hey, I don't care if they're making a movie or who stars in it. Neither will you! But you may need to increase the dose of your current antidepressant.

"With Flowers and My Love Both Never to Come Back"

Published by Thriftbooks.com User , 13 years ago
Paint it Black was a much-anticipated book after my love affair with White Oleander. I still believe in Janet Fitch's ability to weave a tale that is mesmerizing and her endings are perhaps, in my mind, her greatest strength. Although I was at least a 1/3 of the way through the novel before it really captured my soul; when it finally took root, I was a captive until the end. There was a lot in this book including the language, the sexual escapades, the drugs and the squalor of the lifestyles that did not immediately appeal to me. There were even times I felt some of the language or sexual descriptions went over the top. But, on reflection, that's what this entire novel does. It goes over the top and allows us, the reader, to peer into the dark underbelly of a lifestyle we may never otherwise encounter or wish to encounter. It's dysfunctional characters ring with authenticity, the abrasive language is all too real, and the plot goes down like poison. Again, Fitch has managed to construct a startlingly original tale with fresh characters that crackle with their own dysfunctions and humanity. Fitch has a very good handle on writing about young women and the mother figures in their lives, as well as the love interests who permeate her stories. This novel again touches on the unequal power struggle between two women. Meredith is older. rich and famous, while Josie is young and barely making it in the squalor of the punked-out underbelly of the 80s of LA. Both are in love with one man--Meredith's son Michael; both feel they alone know him, yet ultimately neither of them can save nor possess him. The more Josie learns about Michael after his death, the more she feels betrayed and confused. But instead of burying her confusion in something beautiful as Meredith does with her concert tour, (Beauty said there was something more than just one f____ thing after another." ) Josie allows time to rest for a moment and stop all that senseless motion and as she retraces Michael's last days she takes on his mantle, uncovers her own truth at Twentynine Palms and begins to live again. Fitch proves herself a master manipulator as she gracefully twists the plot and characters in versatile ways that will keep you wondering what the ending will bring. It ultimately had me cheering as Josie chose the right path for herself, instead of taking the easy way out that may have tempted a lesser soul. Fitch paints the tragedy of loss with such pain and sadness that you can literally feel what the characters must have endured, even if you can't picture yourself in the setting. How does Josie keep Michael alive--well she attempts to keep Michael alive by believing and rescuing someone else who is in a great deal of pain and she becomes for Wilma what Michael has been for her--a muse?? Perhaps. It was hard for me not to compare this book to White Oleander, which remains one of my favorites, but this work definitely stands on its own and is worth the read.

Published by Thriftbooks.com User , 13 years ago
I have this funny thing where I post-it lines in books that I love, and honestly (other then The Bride Stripped Bare By Nikki Gemmel) this book has the most. This book is amazing and Fitch brings light and perspective on drugs and loss and love and sex that really portray them in a brighter light for the human mind. I am one to enjoy lots of sex and drugs in my book anyways, but the language of Fitch's writing is impeccable. She makes comparisons that are so clear in someones mind you can't help but know exactly what she is talking about. It's amazing. Also, your mind automatically creates a picure of everything around just by a few simple key words Fitch uses. I love being inside Josie's head and even though she is all whacked out I believe in her as a narrator of memories and love lost. It's amazing, I have now bought White Oleander also by Fitch just because of Paint it Black and I earlier vowed to myself no more Oprah book list books, yet because of Fitch I had to do it.

Published by Thriftbooks.com User , 14 years ago
A truly intoxicating novel. Janet Fitch has a formidable command of the English language. As I got deeper into Paint it Black, I was captivated. Not only while I read, but the days between. Very rarily are my thoughts hi-jacked this way; skewed, to a different, yet fascinating angle. The reason is that her writing is so uniquely descriptive it takes you there, makes you think, and holds you long after you've finished. True to its title, it is a darker novel and is not for someone looking for an "easy read." Like a movie which does not insinuate the murder scene; you are not spared the details, both physical and emotional. It is an experience that challenges the reader to absorb. I have never read anything quite like it.

Published by Thriftbooks.com User , 14 years ago
I've waited 5 years for White Oleander author Janet Fitch's next book, but when I read the description of Paint It Black--a triangle of a young female protagonist (Josie Tyrell), a powerful older woman (Meredith Loewy), and action driven by the death of the man in the triangle (Michael Faraday, Meredith's son)--basically the formulae of White Oleander, I was ready to be disappointed. But the similarly stops at that broad generalization, and Janet Fitch does not disappoint. Josie, a trail park refugee from Bakersfield, now a punker artists' model in LA, meets Michael Faraday, the genius son of world famous concert pianist Meredith Loewy, and falls in love. He loves her as well, but can't escape the pervasive influence of his domineering mother, except through suicide. As Josie and Meredith struggle to understand Michael's death, their lives become intertwined. Through the struggle of this unlikely couple, the sophisticate and worldly mother and the "white trash" punk, the multi-layered and paradoxical character of Michael is revealed. The characters of Paint It Black are all sparsely rendered, but the book is not so much about them as it is about the space Michael creates by his suicide. Interestingly, while Michael is the dead engine that drives this story, he is also the most realized character. Meredith is clear enough, but she is also a foil, driving Michael to suicide, with Josie becoming trapped in her imperious orbit as a result. And if Josie seems incomplete, it's intentional, "her idiocy, so enormous, its gravity field alone would crush anything for light-years around." Fitch indeed paints it black, but Michael had loved Josie and had tried to show her "the true world", a world of simple beauty--a heron beside the river at dawn. It is a world that he himself lost sight of, but the darkest ugliness cannot exist without beauty, and Josie finds a glimmer of this beauty by passing through the blackness created by Michael's death. I've read a number of reviews that compare Paint It Black negatively to White Oleander, but I find the comparison unfair, since despite their similarities, the two works are simply too different, revealing Fitch to be a talented and versatile writer. I hope I don't have to wait until 2015 for her next book, but if that's what it takes to produce something comparable, the wait will have been worth it.

Published by Thriftbooks.com User , 14 years ago
After reading White Oleander and falling in love with Fitch's poetic style of prose I couldn't wait for her second novel. Yet at the same time I feared that she would fall into the trap of so many best selling authors by sticking to the same story line and predictability of their characters. My fears were eased at reading the very first lines. Not only is her protagonist very different, so are Fitch's words. She manages to bring poetic rythms and beautiful prose to a punk rock world of drugs, sex and hard words. Josie is a well crafted character, she reminded me of certain people I knew when I was about that age (at around the same time the story takes place.) While she isn't a "likeable character" in the same way Astrid in White Oleander is, it isn't hard to see beyond her tough exterior and understand that she is very sensitive and vulnerable. I think most people can relate to that feeling of having to act tough to drink and swear to appear as if all's fine. For Josie, as for so many people who lose loved ones to suicide, Michael's death brings up that vulnerability she tries so hard to hide. She can no-longer hide from herself and from Michael's reality. She can either face it, or like Michael, take the easy way out life and as she takes us through her grieving process she choses to walk into a very different and very real life.
Trustpilot
Copyright © 2022 Thriftbooks.com Terms of Use | Privacy Policy | Do Not Sell My Personal Information | Accessibility Statement
ThriftBooks® and the ThriftBooks® logo are registered trademarks of Thrift Books Global, LLC