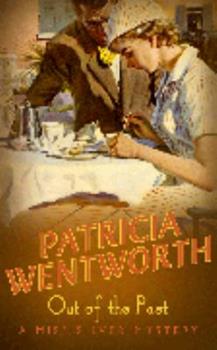 BP Title - OUT OF THE PAST (Coronet Books)

This description may be from another edition of this product. Out Of The Past, a Miss Silver mystery, relates the events of a short holiday to the Channel coast where Miss Silver becomes involved in the investigation of the murder of Alan Field. Inspector Frank...

What's more odious than a blackmailer?

Published by Thriftbooks.com User , 16 years ago
A murderer, that's who. As much as Miss Maud Silver hates blackmailers, it does not justify murder in her mind. When she is spending a summer holiday at the seaside with her favourite niece, Ethel Burkett, strange happenings are occuring at a neighbourhood house. Miss Silver gets drawn into it when someone is found dead in a beach house. In this case, the murdered victim has more enemies than enough, and there are more motives than enough so it makes it difficult to find the killer. But, never fear, Miss Silver is there to figure it out, but not before there is another death. This is a book with two murder victims that are both very unlikeable people.

Published by Thriftbooks.com User , 19 years ago
Here we have one of the rare instances in which Maud Silver's favourite niece, Ethel Burkett, actually appears on stage; they're staying together at the seaside since Ethel has just recovered from a serious illness. Their hostess, Darsie Anning, has had a lot of trouble in her life, all of it stemming from getting involved with the wrong man: Alan Field. Not that he's the *right* man for anybody...In keeping with the title, this book has a prologue set a couple of years before the main action begins in the first chapter. James Hardwick fell in love with Carmona Leigh at first sight on her 21st birthday, but through bad luck he couldn't wangle an introduction through her guardian that night before being posted to the Middle East. Her guardian, Colonel Trevor, disapproved of Alan Field, Carmona's would-be fiancee - good looks and the ability to charm women didn't cut any ice compared with Field having been kicked out of the Army. Nevertheless, when Hardwick returned, he learned that Carmona was to marry Field within a week - but she looked desperately unhappy.But when the main action of the novel picks up at that point, we learn that Field literally jilted Carmona at the altar and left for South America (London was getting too hot to hold him anyway), so Carmona had married Hardwick on the rebound after a 3-month courtship. If you're thinking "AHA! Field was really murdered and somebody faked the trip!", well, join the club of People Conned by Wentworth. :)In the present, Carmona's at her husband's place at Cliff Edge by the sea with Esther Field (Alan's soft-hearted stepmother who isn't soft-headed about him), Esther's old school friend, the formidable Lady Castleton; her own old friend, the party-girl Pippa Maybury; and the Trevors. James Hardwick is about to return from a business trip, so they're pretty well crammed to the rafters when an uninvited guest appears: Alan Field, who first has the nerve to try to stay with the Hardwicks, then in even worse taste goes to Darsie Anning, who has better reason than Carmona to resent him. Naturally, he's come to wangle some capital out of Esther for some get-rich-quick scheme, but he's done that once too often - and when she refuses, he tries his hand at blackmailing just about every member of the party. (Various confrontations with potential victims happen on-stage; Wentworth plays fair.) When he's found dead, the only surprises are that the murder weapon has disappeared, and that somebody didn't do it years ago.All in all, good riddance; catching the killer is desirable mainly so that at least the innocent (well, innocent of this mess) don't suffer. Pippa Maybury, who was being blackmailed and panicked when she found the body, wants Maud Silver to clear it up quickly and quietly, rather than having a police investigation expose her particular guilty secret. One unusual feature of this case (given that it's a Silver investigation) are that the typical tangle of relationships between lovers and/or spouse
Copyright © 2020 Thriftbooks.com Terms of Use | Privacy Policy | Do Not Sell My Personal Information | Accessibility Statement
ThriftBooks® and the ThriftBooks® logo are registered trademarks of Thrift Books Global, LLC