An account of the author's life amid the horrors of the Nazi death camps and the formulation of his theory of logotherapy. Logotherapy, the author's own version of existential analysis, is a contemporary and positive approach to the mentally or spiritually-disturbed personality, which stresses man's freedom to transcend suffering and find a meaning to life, regardless of circumstances.

Published by KSully , 1 year ago
I was not expecting to receive a 7x4 book with very small print for $8. The dimensions are listed and I must have missed that, since there is also a mass-market pocketbook size option. Very confusing.

Great book for everyone!

Published by Maddie , 1 year ago
I read this for my AP Language class and was not disappointed! Frankl does a tremendous job at connecting his experiences to logo therapy, and finding meaning in life. This past year has been a struggle after completing school entirely online and in isolation. Man’s Search for Meaning was EXACTLY the motivation I was looking for. This book will change your entire perspective on struggle, and what you’re living for. I would have to say this is on my Top 10 list, definitely give it a try!

Published by Auggie , 1 year ago
After reading this book it makes any struggle I've had in life seem trivial. This book has charge my perspective on life and how to deal with any problem I have.

Great for history or psychology fanatics

Published by dmertz , 2 years ago
As both a Holocaust survivor and a psychologist, Frankl has very key insight into the topic of human survival in the midst of horrendous chaos. I'm only slightly obsessed with the Holocaust and WW2 in general, and I'm only mildly interested in psychology. I did find this book very unique in the fact that he has first-hand experience with what he is talking about and it helped me to better describe why and how Jewish people felt the way they did.

Published by sky , 3 years ago
This is one of the best books I have ever read in my life and completely changed how I go about my every day life. "In some ways suffering ceases to be suffering at the moment in finds meaning"

Much food for thought

Published by Thriftbooks.com User , 19 years ago
Several years ago a friend had an operation for a cancerous growth behind his eye yet today is well and tells of the importance of the right mental attitude when facing adversity. Another friend faces a similar experience but appears to be in the process of succumbing in ignorance of the importance of mental attitude. Seeking guidance as to what I might do to help, I turned to this book.After recounting the horrors of everyday life in a work camp - the initial selection process in which 90% were sent to the gas chambers while 10% were kept to extract the last ounce of work as slaves for construction firms; the Capos selected from the most brutal who had lost all scruples in order to save their life; how everything was subservient to keeping oneself and one's closest friends alive - Viktor Frankl tells of the psychological problems they met.The most important seems to be the hope of release as shown by the very high death rate in his camp in the week between Christmas 1944 and new year 1945 which had no explanation in food, treatment, weather, disease or working conditions; it was that the majority had lived in the naïve hope that they would be home again by Christmas. In the absence of encouraging news, the prisoners lost courage; disappointment overcame them and their powers of resistance dropped. Frankl noticed that it was the men who comforted others, who gave away their last piece of bread who survived longest and who offered proof that everything can be taken but one thing - to choose one's attitude in any given set of circumstances. In the camp every decision determined whether or not you would submit to loss of inner freedom. The sort of person the prisoner became was the result of an inner decision and not of camp influences alone. It is this spiritual freedom which cannot be taken away which makes life meaningful and purposeful. Only those who allowed their inner hold on their moral and spiritual selves to subside eventually fell victim to the camp's degenerating influences. Most inmates believed that the real opportunities of life had passed. In reality, however, one could make a victory of those experiences, turning them into an inner triumph.Frankl saw himself giving a lecture on the psychology of the concentration camp, living Spinoza's observation that "Emotion, which is suffering, ceases to be suffering as soon as we form a clear and precise picture of it." Armed with the insight that any attempt to restore man's inner strength had first to succeed in showing him some future goal he tried to help would-be suicides to realize that life was still expecting something from them - a loving son awaiting his return, an unfinished work to complete. When the impossibility of replacing you is realized it is impossible to throw your life away. When you know the why of your existence you will be able to bear almost any how.Frankl had to learn and then teach that it really did not matter what we expect from life but rather what life expects fro

This book could change your life

Published by Thriftbooks.com User , 23 years ago
Dr. Frankl's logotherapy is straightforward and easy to understand. It is also a useful antidote to the rather frightening drift in psychology during the past two decades toward strict biological determinism.This particular work is one I keep at hand and re-read on a regular basis. I read it for the first time a few months after I started medical treatment and therapy for life-long depression. I get more from it each time I go back to it.Logotherapy manages an incredible balance. It does not put man himself at the center of the universe, thus avoiding the kind of narcissistic self-reflection common to much of the therapeutic literature today. Yet, it does not sweep man aside as irrelevant. Instead, Frankl argues that we have an incredible power to shape our attitudes and responses to the challenges life presents us and that we inevitably grow thanks to these challenges.This is a quick read and could conceivably change your life. Man is more than the sum of his biology and his environment. We inevitably choose to be who we are. Frankl's argument is that, if we choose wisely, we can triumph even in tragedy. It's a truth many of us have lost sight of in our cynicism.

It has given me hope

Published by Thriftbooks.com User , 23 years ago
I was recently diagnosed with stage 4 colon cancer. I am 41 years old with two small children. I was finding it hard to find something to hold on to after getting the news. This book has helped put the cancer in perspective and is giving me the courage and encouragement to keep on living...no matter what. And if I die, then there has to be meaning in my life before then. I am now beginning to understand that I should not ask what can I get out of life, but what does life expect from me. This is a WONDERFUL and INSPIRATIONAL book that I recommend for anyone suffering from any tragic cirucmstance...cancer, death in the family, divorce, etc. All of the phsychiatric nonsense might help (I doubt it), but this book will get you on the right road.

Man's Search for Meaning Mentions in Our Blog 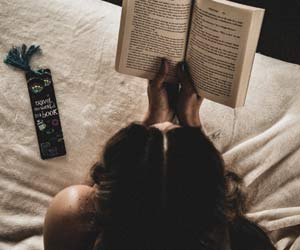