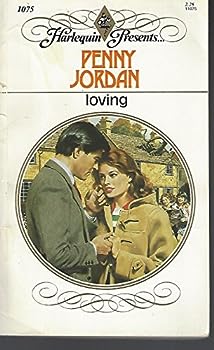 (Part of the Marriage of Convenience Series)

Loving by Penny Jordan released on Mar 25, 1988 is available now for purchase.

They Were Perfect for Each Other, They Just Didn't Know it

Published by Thriftbooks.com User , 17 years ago
Claire Richards doesn't want any kind of relationship with a man, ever. Shortly after her eighteenth birthday and the death of her parents, she'd been raped by a stranger, knocked out during the experience, she didn't even see his face. It was her first time and she got pregnant as a result of the horrible experience. However, when her baby girl was born, she named her Lucy and loved her with all her heart. She moved into a council flat in London, got a job and made due. Then an aunt she didn't even know passed away, leaving her a cottage in the small village of Chadbury St. John, plus a small income. It was a God send. A dream come true. Jay Fraser married young to a floozy of a woman, who thought he had more money than he actually did. Right after their baby girl, Heather, was born, she started running around, eventually leaving Jay for his partner. She didn't want anything to do with Jay anymore. She didn't want Heather either. Jay lives in a big house close to Claire's cottage. He is away on business often and has a horrible witch of a woman watching Heather in his absence. He, of course, does not know the nanny is a witch. Heather hangs out at Clair's cottage and quickly becomes Lucy's best friend. Then, when she can no longer stand the witch of a nanny, Heather runs away. When they find her, Jay is surprised that Heather is more comfortable with Clair then she is with him. Once he learns about the nanny he fires her and Clair becomes sort of an unpaid defacto nanny. Then a storm destroys the roof of Claire's cottage and Jay offers to let her and Lucy stay with him till it's repaired. Then he proposes a marriage in name only. He's is definitely not interested in a real relationship, he's had his fill of that, doesn't want to get burned again. And Claire, who has sworn off men, is not looking for love either. However after they say their I do's, what do you think happens? I can't tell you how I was surprised with this excellent story. Penny Jordan has writen a gritty romance that will touch you and make your heart sing. I loved it.
Copyright © 2020 Thriftbooks.com Terms of Use | Privacy Policy | Do Not Sell My Personal Information | Accessibility Statement
ThriftBooks® and the ThriftBooks® logo are registered trademarks of Thrift Books Global, LLC