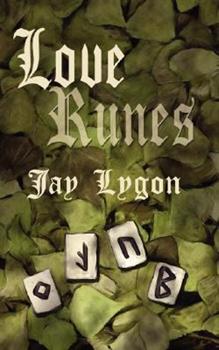 (Book #2 in the Gods and Chaos Series)

Liked it better than the first volume

Published by Thriftbooks.com User , 12 years ago
Warning: This review might contain what some people consider SPOILERS. Rating: 8/10 PROS: - The relationship depicted in this series is more complex than those in most m/m novels. Both characters are far from perfect: they argue and hide things from each other and do things that seem calculated to cause real emotional pain. The upside is that when one of them does or says something sweet, it seems real, which makes it that much sweeter. - Lygon is a good writer; he explores most major facets of the characters' personalities in detail. This book has a very good description of the journey a masochist goes through to reach the point at which pleasure has overtaken pain and a very good description of clinical depression. The author also has a way of including little, seemingly insignificant details and creating a realistic, well-rounded setting: there's a scene in a hip café full of famous people that felt spot on to me (granted, I've never been in a place like that). - I like Hector more after reading this book than I did after reading Chaos Magic. He really does seem to be TRYING to handle his issues with jealousy and cruelty toward Sam. (see cons below) - Parts of the exposition in these books (they're told in first person) are funny. Here's one of my favorite parts from early in the book: after describing how sexy he looks while bending over a car's engine, Sam says, "That might have seemed posed, but honestly, those things just sort of happened to me. It probably had something to do with being the God of Sex. It was my nature to look like porn." CONS: - As much as my opinion of Hector improved while reading this story, I still don't love him. He has moments of horridness that made me cringe and think maybe Sam would be better off single. (Those moments don't last long, though.) - While my opinion of Hector went up, my opinion of Sam went down. He has a selfish, spiteful, nasty streak in him that is far from endearing at times. Overall comments: Another reader of this series told me a while back that by the end of the series, you get the sense that the characters "deserve each other," and I'm starting to see that. What I'm hoping will happen, though, is that rather than thinking they're equal because they're both jealous and selfish and sometimes a little rotten, I'd like to think they're equal because they're both great. I think if anyone can pull off that sort of character evolution in the final book, it's Lygon. Regardless, I'm anxious to read the third volume.

Published by Thriftbooks.com User , 13 years ago
In Sam and Hector's continuing love story, we find Sam doing his best to manipulate events around him and keeping secrets from his Master, Hector. Conflicts arise from Hector's jealousies and Sam's insecurities with growing older and maturing, as well as Sam's power-hungry ex-boyfriend having the audacity to show his face around Sam. Incorporating Gods and Goddesses into the story makes it that much more enjoyable. Sam as the God of Sex and Hector as the God of Love are explosive. Some of the BDSM scenes were a little rough for me, but it was still interesting and core to their relationship. Sam is so cute and Hector is so in love with Sam and willing to give Sam whatever he wants if he would only ask. Love Runes also introduces Hector to Sam's family and the Beltane celebration in a very non-traditional "bringing the boyfriend home to meet the parents". I enjoyed sitting down and laughing, crying, and embracing life with Sam and Hector and definitely recommend Love Runes. Beth Anne reviewed for Joyfully Reviewed
Trustpilot
Copyright © 2022 Thriftbooks.com Terms of Use | Privacy Policy | Do Not Sell or Share My Personal Information | Accessibility Statement
ThriftBooks® and the ThriftBooks® logo are registered trademarks of Thrift Books Global, LLC