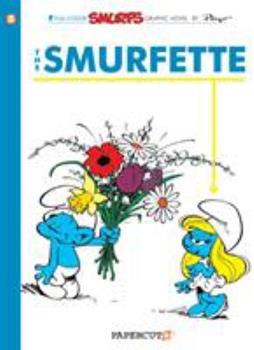 Smurfs #4: The Smurfette, The (The Smurfs Graphic Novels)

(Book #3 in the Les Schtroumpfs / The Smurfs Series)

For the first time in the Papercutz Smurfs graphic novels, the one and only Smurfette makes her dramatic debut Here's the original comics story that introduced her to the world. Where she comes from and how she first appeared may surprise her many fans What sinister role did the wicked Gargamel play in her arrival? And how did Papa Smurf get involved in a way that would change Smurfette forever? This is the story Smurf-fans have been waiting for