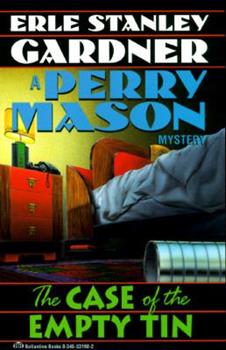 In Island, his last novel, Huxley transports us to a Pacific island where, for 120 years, an ideal society has flourished. Inevitably, this island of bliss attracts the envy and enmity of the surrounding world. A conspiracy is underway to take over Pala and events begin to move when an agent of the conspirators, a newspaperman named Faranby, is shipwrecked there. What Faranby doesn't expect is how his time with the people of Pala will revolutionize...

Published by Thriftbooks.com User , 16 years ago
It is a fitting tribute to the great thinker that his last novel was his best and it gave him a lasting legacy to honor, as I see it, his long lived hope of a better world by presenting the human condition in all of it's fine and/or hideous attributes and motivations. A good summation of the overall picture that Huxley is painting in Island, is right on the back cover of the book although to make it more accurate, I`ve added the missing words in the bracket: "A mirror in which modern man can see all that is rotten [and good] in his society and himself... Should be read and reread." (Saturday Review of Literature) To emphasize the various personalities, the main characters are either protracted, conniving greedy bums or thinking, sensitive intellects; the rest are on the fence and waiting to see which way the wind blows and when presented with contrasting, colliding circumstances, which emotions will pull them in which ultimate, life altering direction? I have read this book a few times now and it is always thought provoking and engaging. Huxley's prose are flowing and captivating, leaving one with a sense of longing for an undisturbed version of Huxley's Island to move to with it's beautiful, conscious inhabitants and their intriguing, life enhancing, experimental social structure lived in a harmonious, loving and literate by choice social setting. Unfortunately, they are under siege by forces beyond their control- we think, for had Huxley lived, he might have followed this book with a sequel that ultimately had the "Islanders" triumph over their greedy, evil opposites. As it stands, we're left with an apparent sense of impending doom for the island paradise- an attempt to "civilize" it with a new, materialistic society based on competition and greed. Gee, sounds like the real world! Those who love a well crafted, moving story line will appreciate Island just for the intrigue and flow of a good novel, regardless of the socio-psychological ramifications involved. A note of interest on alternative, experimental communities is that B.F. Skinner's block-buster book, "Walden II" was possibly, as many people believe, the inspiration for Huxley`s Island and there are many parallels in their respective story lines. Dialogue in Island mentions alternative communities such as Oneida. The famous "Twin Oaks Community" was designed around Skinner's fictional Walden II utopian farm.

Published by Thriftbooks.com User , 19 years ago
Island, in my opinion is probably Aldous Huxley's best work, and also one of the best books I have ever read. For those of you interested in spirituality, this would probably be the book to get started on. It has a good way of telling you what peace and the "Buddha Nature" really does feel like. The book is about a utopian society on an island called Pala. Will Farnaby, 'suffering from the disease called Civilization', lands on the island, in the hope of getting the bid for a lucrative oil contract, but the more of the island he sees, the more he realizes that the island must be saved from civilization at all costs. To say more would be to spoil the story for those of you who have not read it. Needless to say, I liked this book a lot more than I liked Brave New World, or any of his other books. I feel that this was his most pointed attack on our way of life. It can be read and re-read a million times. The ideas contained in it are really refreshing, so refreshing and original that I'm still trying to come up with well founded criticisms. This book is well worth the price, now if only there were more authors who could write like this.

Published by Thriftbooks.com User , 21 years ago
If you judge this book solely on its literary merit, you will be disappointed. There isn't much of a plot here, and characterization lacks adequate depth. If on the other hand, you regard this novel as a way to frame a whole set of ideas, you'll be greatly rewarded. Along with Thomas Mann, Huxley is perhaps the most intelligent and well rounded man in the world of 20th century literature, and this work is a culmination of a lifetime of thought about society, science, and the relationship between them. Huxley was a man who actually cared about humankind, and in this book he tells us what it would take to create a perfect society. He seems to have taken great pains to stay clear of science fiction and wrote the most practical utopia he could conceive based on the scientific and technological achievements of his day. Forty years later, the world of Pala lies well within our realm of technological possibility. So why don't we build it? What Huxley indirectly shows is that even when we can do it, we are not willing to pay the price for it. In a world where the market is king, and freedom without responsibility is seen as a given, Pala looks as distant and quaint as the SF worlds of Asimov and Arthur C. Clarke. Even if Pala is not feasible on a nationwide or worldwide scale, this novel has important things to teach us as individuals. It convincingly shows how we are conditioned by our environment and upbringing to behave a certain way. If we change or overcome that conditioning our lives will be transformed, even as we are encroached by the cruel world around us. Island is sure to give food for thought for a long time to come.

Published by Thriftbooks.com User , 22 years ago
I found this book lying in a closed dusty box in the basement where all of my dad's old books are. I had heard tons about The Doors of Perception so decided to give this one a try. If I say that this book changed by whole life it would be saying too much. But if definitely makes me wonder why we, the entire human race, are rotting away to glory when a "formula" for better and more fulfilling way to live is out there for us to take. It's in this very book. After reading this book I doubt there would be anybody who would not question the existing, decadent values and morals that bind us all. What a perfect mixture of eastern and western wisdom! I really recommend that this book should be a part of the curriculum in schools throughout the world. Oh ya the part about the mushrooms in that temple as part of the initiation process and the accompanying Shiva Vedic chants...it really can be the most awesome out of body experience you can have. Trust me I am from India. Bottom Line: Go read it and ask everyone you know to read it too. Spread the message and who knows maybe one day we could all experience Huxley's Utopia.
Copyright © 2020 Thriftbooks.com Terms of Use | Privacy Policy | Do Not Sell My Personal Information | Accessibility Statement
ThriftBooks® and the ThriftBooks® logo are registered trademarks of Thrift Books Global, LLC