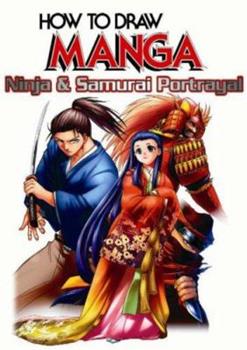 This volume introduces characters appearing in historical manga, anime, etc. in a fun format, to help out struggling artists who need historical references for ninjas and samurai. The end of the book features character designs for anime and manga.

Published by Thriftbooks.com User , 15 years ago
I really like the different nijas it has...i like the evil ones better...Buahaha

Published by Thriftbooks.com User , 16 years ago
I recieved this book the day it was released and I must say it was quiet helpful. I truthfully don't recommend it for beginners. It shows several ninja and samurai, in several manga styles, from different eras and things they wore. It also expains a few "how to not" ways for various clothing or positions. Overall a great book! I loved it. I recommend you have somewhat of an idea how to draw poses because a lot of the poses are a little more flexible than most normal human poses. It has some pages on how to draw various ninja and samurai weapons.

This Book is SUPER Neat if your a NINJA Manga Artist!