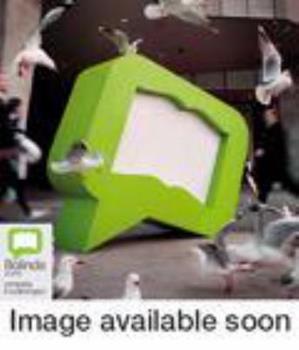 (Book #2 in the Chicago Stars Series)

Come heck or high water, Gracie Snow is determined to drag the legendary ex-jock Bobby Tom Denton back home to Heaven, Texas, to begin shooting his first motion picture. Despite his dazzling good looks and killer charm, Bobby Tom has reservations about being a movie star -- and no plans to cooperate with a prim and bossy Ohio wallflower whom he can't get off his mind or out of his life. Instead, the hell-raising playboy decides to make her over from...

Published by Thriftbooks.com User , 20 years ago
Another sure-fire winner by Susan Elizabeth Phillips! I must say I had my doubts aobut this one - I didn't think there was any way I could get excited about a hero named "Bobby Tom" who wears a cowboy hat, but I shouldn't have worried. As always, SEP has managed to create a great story, unique characters, laugh-out-loud dialogue and sexy love scenes. Bobby Tom is a football star forced into retriement by a career-ending injury, and beneath lots of good ol' boy charm, he's not too happy about it. Not knowing what to do with his life, he agrees to star in a movie. The producers are justifiably concerned about this infamous playboy's reliability, so they hire a babysitter - the none too tempting Gracie Snow. The resulting relationship is just great. SEP succeeds at doing a lot of things in this book that usually turn me off in a romance novel. First, I don't like unattractive heroines that either miraculously become beautiful, but Gracie's transformation into a cute, perky and kind of sexy leading character works. Second, as a former Texan I usually can't stand the loud, folksy stereotype that Bobby Tom initially appears to be. However, SEP managed to make it work without being silly and does a good job portraying smalltown Texas. I still refuse to picture Bobby Tom wearing a great big cowboy hat, but if it works for you... Third, there is a secondary romance between two older characters, and I usually find that distracts from the main plot. Here it's so well done and flows so seamlessly into the main storyline that I was glad to see it. There are few authors who never fail to deliver, and Susan Elizabeth Phillips certainly falls into that category!

Published by Thriftbooks.com User , 21 years ago
I completly fell in love with Gracie and Bobby Tom. To say this book was good is a complete understatment. I am a huge SEP fan and read almost everything I can by her, but Heaven, Texas is my favorite. Gracie Snow is a plain jane gal who spent her entire life in a nursing home, when given the opportunity to leave and work at a film corporation, she jumps. She's determined not to let anyone jeopordize her new "exciting" job. Not even Bobby Tom Denton. Former wide reciever for the Chicago Stars. After a career ending accident Bobby Tom felt lost and alone. He was surounded by former teamates and beautiful women, but he didn't feel anything until skinny, unattractive Gracie Snow does a strip tease at a party, in an attempt to get his attention and drag him to an engagment with the film studio to do a movie he wasn't looking forward to. Gracie doesn't know how famous Bobby Tom is and he loves it. He soon discovers that this plain jane is gorgeous on the inside. Just to mix things up SEP has thrown in a little side plot that will tug at the hearts of everyone, but most assuredly those women going through the rigors of menopause. This book just goes to show that even though we as women don't always feel wanted and attractive, someone disagree's. And he's willing to prove it. This book is chock full of doofy jocks, ditzy bimbos, and loyal, but slightly "off" hometown people. Just enough to keep you laughing through the entire read.I fell in love with this book because, I see myself in a way as Gracie, as I'm sure other women will too, and it's just good to know that sometimes Prince Charming picks Plain Jane.

One More Triumph for SEP

Published by Thriftbooks.com User , 21 years ago
Bobby Tom Denton, the legendary football player from Chicago Stars, is forced to retire at the age of 33 when he suffered from knee injury. Now he is ready to be one of the Hollywood leading man with his woman-killer face and dazzling smile. Problem is, his attitude is not as charming as his face and Gracie Snow is forced to find him and bring him to the shooting location and makes sure he stays. Come hell and high water, Gracie is determined to drag this stubborn mule with every single thing she knows how. Now the two couple meet face to face, all Hell breaks loose, and only God knows what happen next when passion overcomes them.I've been a loyal SEP fans after finishing Lady Be Good and Dream a Little Dream. I agree with all the reviewers that this is one of her best works ever. No, let me repeat that, one of the best romance book ever written! You'll fall in love with Bobby Tom, you'll admire Gracie Snow, and the next second you'll find yourself brought to Heaven, Texas, and like LaVyrle Spencer wrote on the back-cover of this book "Watch Susan Elizabeth Phillips Go Places".PS: Dan and Phoebe from It Had to Be You also made a special appearance since Dan used to be Bobby Tom's coach at Chicago Stars

Bobby Tom and Gracie will make you laugh out loud

Published by Thriftbooks.com User , 21 years ago
After an injury that ends his football career, ex-jock Bobby Tom Denton signs on to become an actor. When he doesn't show up on the day of shooting prim and proper Gracie Snow is sent to retreive him. Gracie Snow is ready to change her life. At the age of 30, she has finally left the retirement home that her parents ran and is ready for a change. She needs to get Bobby Tom to Texas on time, or else. Once in Texas, gorgeous Bobby Tom tells everybody that mousy. frumpy Gracie Snow is his fiance in order to keep the matchmaking mamas away. Gracie plays along. Bobby Tom gets her a make-over, making Gracie actually look cute. The two spend time together and Gracie falls madly in love with Bobby Tom.Susan Elizabeth Phillips has once again written a wonderful, witty and memorable romance. Gracie and Bobby Tom will remain in your hearts and you will laugh out loud at their outrageous romance. I can guarantee you'll fall in love with Bobby Tom and never look at a plain woman the same again.
Copyright © 2020 Thriftbooks.com Terms of Use | Privacy Policy | Do Not Sell My Personal Information | Accessibility Statement
ThriftBooks® and the ThriftBooks® logo are registered trademarks of Thrift Books Global, LLC