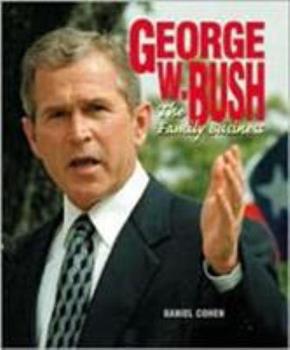 After the closest presidential election in American History, George W. Bush continued in the footsteps of John Quincy Adams--who also followed his father into the Presidency. A third generation politician, Bush is the brother of the governor of Florida, the grandson of a former Senator, and the son of a former President. Politics is indeed the Bush family business.