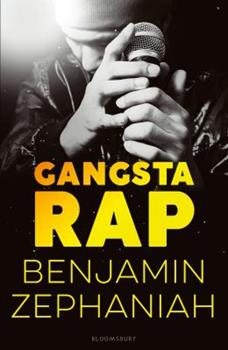 This description may be from another edition of this product. Ray has trouble at home and trouble at school. When Ray and his friends Prem and Tyrone are permanently suspended from school, their headmaster decides to give them a second chance, a chance to live...

Published by Thriftbooks.com User , 15 years ago
This book was very interesting. It had alot of action and it revealed how platitum rappers really live. I could not put down the book when I reached the first climax. It was so suspenseful. I reccomend this book if you like action and music. I give this book a 9 out of 10.

Published by Thriftbooks.com User , 15 years ago
RAY IS A TENNAGE BOY THAT WANTS TO BE A RAPPER. HIS FRIENDS TYRONE AND PREM STICK WITH HIM TO THE END. RAY GOES THROUGH A LOT OF TEOUBLE TO BECOME A RAPPER. HE BECOMES RIVALS WITH THE WEST SIDE OF LONDON. I HIGHLLY RECOMMEND THIS BOOK TO SOMEONE WHO LOVES ACTION AND SUSPENSE.

Published by Thriftbooks.com User , 15 years ago
this book starts with a boy named ray and his friends tyrone and prem they all have recently been expelled from school for just about breaking every rule in school.Ray gets kicked out of his home by his father. then leaves to live with another man named marga man. ray tyrone and prem hit it big and become a hit rap band called the positive negitives from east england.they get ino some trouble with another band called the dragons. but they later solve their differences.

Published by Thriftbooks.com User , 15 years ago
Gangsta Rap is one of the best books i ever read. After i read this,i wanted to read it over and over again. If you read this book you will want to read it to. This book is an action book.So all of you action book lovers, just read this book!!!

Published by Thriftbooks.com User , 17 years ago
This book definately sets the tone as a great comparison to 8 Mile. Parents should know that this book has strong language but provides an excellent storyline of three boys entering the wonderful and at points violent world. A grreat novel!
Copyright © 2020 Thriftbooks.com Terms of Use | Privacy Policy | Do Not Sell My Personal Information | Accessibility Statement
ThriftBooks® and the ThriftBooks® logo are registered trademarks of Thrift Books Global, LLC