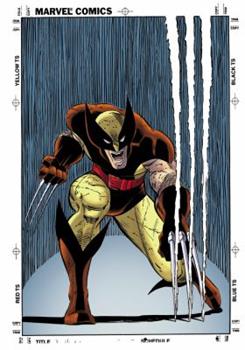 "Mutant" means change, and there was plenty of that when the Uncanny X-Men counted down to the Marvel Mutant Massacre, beginning with the trial of Magneto Rachel Summers became Phoenix and the Brotherhood became Freedom Force Lady Deathstrike became a cyborg, Moonstar a Valkyrie, Colossus a killer, and Psylocke an X-Man And Sabretooth first set his clawed food into the X-Universe alongside his fellow Marauders Guest-starring the original X-Factor,...

Published by Thriftbooks.com User , 13 years ago
This volume of Essential X-Men begins the era of big crossovers in the X-Universe with the Mutant Massacre winding through X-Men, X-Factor, New Mutants, Thor, and Power Pack. Those issues are all included here. I know some people don't like that and just want X-Men issues, but if you're sitting down to read the story, it's good to have them all in one location. I could pull out my Essential X-Factor, but there are no volumes of Essential New Mutants, Power Pack, or Thor (from this era). This volume also adds Magneto to the roster as the head of the Mutant Academy, taking the place of Professor X. It is an interesting direction and well handled by Chris Claremont. The artwork remains supreme from John Romita, Jr. and all the others who contribute to this collection (including Barry Windsor-Smith, Walt Simonson, and Art Adams). Highly recommended!

Published by Thriftbooks.com User , 14 years ago
This includes the classic Mutant Massacre, and some great Barry Windsor Smith stuff. A team of mutant assassins is hired to slaughter the Morlocks living in the tunnels after the city. Most of them fall, but they manage to get word to the X-Men, and their absentee leader, Storm. The X-Men come to help, at great cost to themselves. There is also an appearance by Thor.

Published by Thriftbooks.com User , 14 years ago
Ok, ok, I should say comic book junkie, because that's what they were called when I first started reading them some decades ago. This whole series of Essential X-men books are a fun read unless you get bogged down in details. I never did, I just enjoyed reading them. This is a great book. Enjoy

Published by Thriftbooks.com User , 16 years ago
I can thank the X-Men for my present love of Marvel comics. When I was ten, the superlative X-Men animated series premiered on Fox and my good friend Nick offered to share with me his almost exclusively X-Men comic collection (which was begun by his father in the late 70's). I wasn't able to collect many comics myself until I discovered the Essential series five years ago and made the Essential X-Men #1 my first purchase. Also, as a casual moviegoer, I am even more thankful that the X-Men movie of 2000 was such a hit and opened the door for all of the Marvel-licensed movies that followed (which have a way of begetting even more Essentials). Frankly, I think that Chris Claremont's revival of the X-Men is probably the most deserving title to be reprinted in its entirety. It seems that Marvel agrees because we now have six Essential X-Men's (the second since the release of the second movie) and I'm just as pleased as punch. There are so many enjoyable stories in this collection that I'd better just get right to them. Cyclops duels a still de-powered Storm for the right to lead the X-Men. The child who will one day become the time-hopping warrior Cable is born. Mystique's Brotherhood of Mutants receives a pardon for their acts of terrorism by serving under the U.S. government as the Freedom Force (it makes you wonder if our government would let an al-Qaeda agent work for the CIA). Fans of Wolverine are bound to love seeing their favorite Canuck go claw-to-claw with Lady Deathstrike and Sabretooth in their X-Men comic debuts. In the latest Hellfire Club appearance, we learn that the preferred ensemble of the discerning depraved mutant plutocrat can include headbands and bandito masks in addition to double-breasted suits, powdered wigs and lingerie. Also, a recurring villain, who twice before survived a vivisection from Wolverine, suffers a heart attack in the heat of battle and dies (I found it to be a "comedy = tragedy + time" kind of moment). My personal favorite story would be issue #200, the Trial of Magneto. A repentant Erik Magnus Lehnsherr goes on the stand in front of an international tribunal to answer for his crimes against humanity while the X-Men scramble to stop the attacks made by a radical band of mutants called Fenris who (allegedly) want to free Magneto by force. The issue is a great balance of blistering comic book action and realistic characterization and emotion, plus it expertly ties in the events from an important past issue, and it makes for the most interesting courtroom drama from Marvel that I have read (and I've read all three Essential Daredevils). One of the greater complaints about the fifth Essential X-Men is the amount of plot threads connected to other series that don't get presented or resolved in the pages of the book, and I'm afraid that's still the case here. It's an unfortunate but understandable drawback of reading these stories in reprints two decades after the fact. At this time in comicdom, a

Published by Thriftbooks.com User , 16 years ago
Finally, the Essentials line gets into the truly modern age of the 80's with this sixth installment of the X-Men franchise, and it's a doozy. Take a second and look at the "by" line up top - JR JR, Rick Leonardi, Walt Simonson, Art Adams, Alan Davis. If these names mean nothing to you now, they will be eternally emblazoned in your consciousness after reading this collection... For the price of admission, you get, in this comic vet's opinion, one of the GREATEST fight scenes ever rendered in a comic book - the Wolverine/Sabretooth slugfest from Uncanny #214 rendered by none other than Alan Davis and Paul Neary in their Detective Comics-era prime. If you didn't see this when it came out - hoo boy, you are a lucky little true believer, because you get to read it for the first time! Another outstanding issue in this collection is the Rick Leonardi/Whilce Portacio (who?) collaboration on Uncanny #201, which has a pretty cool (though for this fan, disappointing) fight between Cyclops and Storm over who gets to lead the X-Men, and, coincidentally, also marks the first appearance of Cable. Another winner. This time out, Marvelously Marvelous Marvel has decided to include some issues of other comics to fill in story gaps - issues of X-Factor and Power Pack that rounded out the overdue "Mutant Massacre" storyline that wipes out the crappiest characters ever - the Morlocks. The highlight here is the Walt Simonson/Bob Wiacek rendered X-Factor #10 - 11. I always had a fondness for that run on X-Factor (which are, fyi, cyclops and the rest of the original X-Men), and the only negative thing I can say about this is that right about here you actually start to miss the coloring, as the 80's X-titles had the best hues in the industry... but a small price to pay for such an imppressive package. There are other gems included, but I had to cover the essentials...no pun intended! This marks the era when the X-Men and related titles really started rolling, turning into the artistic showcase for hot talent in the comic book industry, so if you weren't around for these, or are new to comics, you have to pick this one up... but only AFTER you get Essential X-Men vol.2 and vol.4! Tammum Shud!
Trustpilot
Copyright © 2022 Thriftbooks.com Terms of Use | Privacy Policy | Do Not Sell My Personal Information | Accessibility Statement
ThriftBooks® and the ThriftBooks® logo are registered trademarks of Thrift Books Global, LLC