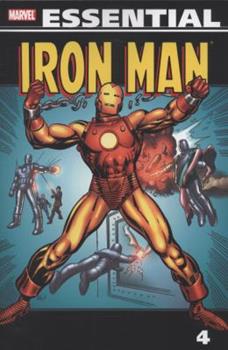 The fourth installment of Iron Man adventures shakes the Marvel Universe with the debut of Drax the Destroyer and his Eternal enemy, Thanos of Titan - with Iron Man in the middle As if that isn't enough, Mister Kline's drawing Tony Stark into another crisis, while the Black Lama's waiting to start a third