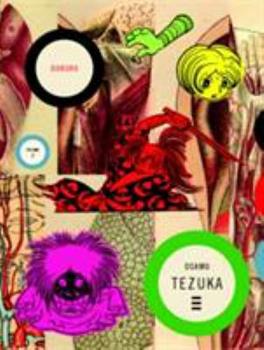 (Book #3 in the Dororo 3 volumes Series)

"Dororo" is Tezuka's classic thriller manga featuring a youth who has been robbed of 48 body parts by devils, and his epic struggle against a host of demons to get them back. Daigo Kagemitsu, who works for a samurai general in Japan's Warring States period, promises to offer body parts of his unborn baby to 48 devils in exchange for complete domination of the country. Knowing the child to be deficient, Kagemitsu orders the newborn thrown into the...

great but a little disappointing

Published by Thriftbooks.com User , 12 years ago
Volume three finishes the story, but then the story isn't really finished. Hyakkimaru is still cursed and his family issues are unresolved. He sends Dororo off and they go their separate ways for the same reasons they always split up in the comic(the path ahead is too dangerous and he wants Dororo to live and grow to adulthood), only to be reunited again. If you really want a satisfying ending to the story, a Dororo movie was released in 2007 (2007 Japanese Drama Movie - Dororo - w/ English Subtitle)and is subtitled in English and released over here. I would reccommend buying or renting that as well.
Copyright © 2022 Thriftbooks.com Terms of Use | Privacy Policy | Do Not Sell My Personal Information | Accessibility Statement
ThriftBooks® and the ThriftBooks® logo are registered trademarks of Thrift Books Global, LLC