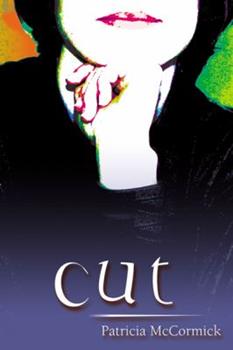 Fifteen-year-old Callie isn't speaking to anybody, not even her therapist at Sea Pines, the "residential treatment facility" where her parents and doctor sent her after discovering that she cuts herself. As her story unfolds, Callie reluctantly becomes involved with the "guests" at Sea Pines--other young women struggling with problems of their own, Although their "issues" are different from hers, Callie is drawn into the group, finds her voice, and,...

Published by Thriftbooks.com User , 19 years ago
Callie is a fifteen- year- old girl who does not use the word `normal' in her vocabulary. On the other hand, she knows far from `normal.' Callie feels that, "there's no rush, no relief. Just a keen, pulsing pain. I drop the pie plate and grasp my wrist with my other hand; dimly aware even as I'm doing it that it's something I've never done before. Never tried to stop the blood." She says this as she cuts herself. So, with her problem, she goes to an institution called Sea Pines (or Sick Minds like everyone likes to call it there.) Here, there are teens with cases such as anorexia, obesity, and even substance-abuse issues. Then there are others, like Callie, that suffer from behavioral issues. She cuts herself when others aren't looking. In the book Cut, she desperately turns to the blade of a paper towel dispenser in a restroom or even a metal strip from the cafeteria to feel that rush of relief, to make her happy. Not only does Callie have a problem with cutting herself, but also she won't talk about it. At Sea Pines, there are daily meetings where everyone talks about their problems aloud and counselors try to help out with the issues. Callie won't say a word about it. She avoids looking the counselors in the eye so that she wouldn't be called on. Even when she was called on, she rebels and still won't say a word. Can Callie stay silent for so long? Will she handle it? She has to say something, right? With an inspiring author like Patricia McCormick, how can anyone lose the chance of reading a great book like Cut? McCormick gives so much description and detail into the book that anyone can understand how the character feels. Find out when Callie will crack. Read Cut, by Patricia McCormick.

Published by Thriftbooks.com User , 19 years ago
Cut by Patricia McCormick tells the chilling story of a teenage girl with an unusual addiction: cutting herself. This story goes inside a residential treatment facility to expose the world of teenage mental and behavior disorders. The most powerful aspect of this story is how easily it is to relate to the main character, Callie. Callie's story is not extreme: she feels that her family doesn't pay much attention to her, and she blames herself for her brother's illness. She finds relief in cutting herself. This works well for her until the school nurse notices her scares. Callie suddenly finds her self at Sea Pines, a residential treatment facility for teenage girls. McCormick dives right into the thoughts and minds of this teenage girl as Callie is the narrator, and the story is told as if she is talking to her therapist. This book raises some important questions. When is a young person old enough to read a book that so vividly tells the story of girls who struggle with such heavy issues? Should issues such as suicide, self mutilation, pain and depression be discussed with children? How should these issues be discussed? McCormick describes a dark and grim reality for many teenagers today. Is it important for teenagers to be aware of such things? It is so easy to relate to Callie, so easy that it is scary for the reader to think "that could be me." Will Cut give teenagers a sense of hopelessness, or a sense of hope? This book starts out seemingly hopeless, with Callie refusing to talk to anyone, not even using her vocal cords. Eventually, as the reader goes on, a sense of control is gain. There is a sense that all is not hopeless, that Callie does have control over her situation. This book is not to be taken lightly. This type of situation is very real for many teenagers and adults all over the world. Teenagers need to know that. Even so, this book should not be read without discussion. This book addresses some important, yet difficult issues that should not be looked over by anyone: adults or teenagers.

"Cuts" to the Heart of the Issue

Published by Thriftbooks.com User , 20 years ago
Fifteen-year-old Callie has a rare problem. She's not anorexic, she's not on drugs, and she's not bulimic. But she cuts herself. Soon she finds herself at a "residential treatment facility", Sea Pines (or "Sick Minds", as she calls it) and her hurt shows its face when she refuses to talk. Nothing seems to break the silence coming from Callie, and sometimes she just gets the urge to slice her skin, to see the blood...and it's like she's determined never to talk to her therapist. This book is a masterfully written story chronicling (in detail) the thoughts that whirl around in Callie's mind. It is filled with vivid and poignant emotions, and Patricia McCormick develops her main character well. Callie's relationships with the other girls at the treatment facility add subtle insights about human nature and the universal need of friendship. I enjoyed how Callie's family life and her reasons for "cutting" were slowly explored and explained in this novel-in a very natural and empathetic way, without being contrite. But the best thing about this book was its hopeful ending that leaves us with the feeling that Callie has emerged from her treatment stronger, wiser, and able to overcome the temptation to cut herself. I hope to see more from this author.

Published by Thriftbooks.com User , 20 years ago
15-year-old Callie has been institutionalized for what she's doing to herself. She cuts her wrists, arms, and hands and she doesn't know why. It could be her parents who don't know how to deal or her brother who is very sick or maybe something else. She doesn't know. But she's not willing to ask for help. In fact she's not talking at all. She doesn't say a single word in therapy, or group therapy where both girls with eating disorders, and drug addictions talk about their problems. As Callie starts to come out of her shell and speak in therapy a new girl comes to the clinic who cuts herself and shows off her scars with pride. Cut is amazing book about an issue that is rarely dealt with in teenage literature but is often dealt with in real life. If you enjoyed books such as Girl interupted and want to learn more about self mutilation and mental hospitals, or just read a great YA book, this is for you. I reccomend this to anyone who's a fan of realistic teenage books.

This book is very, VERY true.

Published by Thriftbooks.com User , 21 years ago
When I first saw this book and read it was fictional and she got the idea from a newspaper, I thought "How can someone who hasn't been through this write a book about it? How can they get the feelings and emotions right?" I was thinking about returning it and not even reading it, but I decided to try it. I read the first couple of pages and was very surprised. She had the thoughts and feelings and emotions exactly how it really is. She captured a cutter's thoughts in this book, the same thoughts I've been trying to find for months. How she did it, I do not know, but she is a very talented author, and this is a very good book and I reccomend it to any other cutters, also anyone who wants to read a good book. This book helped me (and I'm sure other cutters) see that it's not just hurting you, it's hurting the people around you too.

Cut Mentions in Our Blog 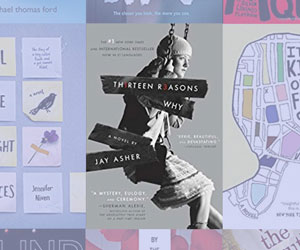 13 Books to Read If You Liked 13 Reasons Why
Published by Devin B. • April 13, 2017
On March 31 Netflix launched their 13-episode television adaptation of Jay Asher’s hit young adult novel Thirteen Reasons Why. Whether you’re a fan of the book, the show, or both, we’ve found 13 books you’re sure to love.
Read Article
Trustpilot
Copyright © 2022 Thriftbooks.com Terms of Use | Privacy Policy | Do Not Sell My Personal Information | Cookie Preferences | Accessibility Statement
ThriftBooks® and the ThriftBooks® logo are registered trademarks of Thrift Books Global, LLC