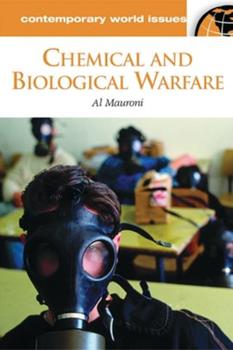 "Chemical and Biological Warfare: A Reference Handbook" surveys the history of modern chemical and biological weapons, from their genesis on World War I battlefields through their World War II deployment and Cold War research and development to present-day policies and strategies. Casting aside moral issues and scare tactics, this uniquely unbiased reference explores both sides of this highly controversial topic, explaining the utility, necessity,...

Published by Thriftbooks.com User , 15 years ago
I am doing research into how poison gas furthered the German war effort and although this book does not focus specifically on my topic, it was extremely helpful for a definitive overview of the use of poison gas during World War I.