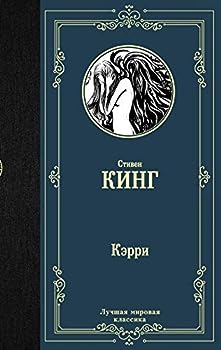 This description may be from another edition of this product. Stephen King's legendary debut, about a teenage outcast and the revenge she enacts on her classmates. Carrie White may be picked on by her classmates, but she has a gift. She can move things with her...

Expect All Books That Are Not Brand New To Be In Horrible Condition! Their Ratings Are Lies

Published by Noneya , 7 months ago
The books is great, the website is NOT. I've clearly given them plenty of times, thinking maybe this one book just slipped through the cracks...no! I've ordered books 'like new' and 'very good' conditions...they ALL look horrible and are in FAIR condition with price stickers on them still from goodwills that cost half the price i paid

A warning to all bullies: DON’T MESS WITH CARRIE WHITE!!!

Published by Horror crazy , 1 year ago
I saw the movie Carrie as a kid, so I was too young to read the book first. When I finally got the chance to read the book decades later, I wasn’t disappointed. The only thing I don’t like about this book is that the climactic prom scene is underwhelming when you compare it to the movie. I should correct that last sentence since the TV remake had already been broadcast by the time I read the book, and I found that I liked both movies. Of course, the book makes up for the prom revenge scenario not being so terrifying when you read about what happens afterwards. Those pages are terrifying! As others have stated, Carrie is definitely really scary, but it’s also truly very sad. If any book exemplifies how hard bullying is for the victims, it’s this one! If you’re looking for a great Stephen King book that’s not only a great horror story, but a great book, period, say hello to Carrie!

Published by Megan , 2 years ago
The characters are easy to relate to which makes the story seem so much more real. Very great book.

Published by amy , 2 years ago
This is the first time reading the book. I've seen all the movies of Carrie and I loved them, but I loved the book way more!!! SK description of Carrie was amazing that I was making faces seeing how see really look like. Different than the movie.

Published by Thriftbooks.com User , 3 years ago
Typical work from King, who never disappoints. Not my favorite book of his but it’s still extremely amazing. More depressing than horrifying in my opinion.

It's My Favorite Book

Published by Thriftbooks.com User , 12 years ago
Carrie is my favorite book. I read it at least once a year, usually over the summer when I have more time for reading. I'm not a big fan of horror, but am a big fan of science fiction. This book raises a very interesting question: What if a teenage girl who has been turned into a social outcast by a mentally ill religious zealot mother, discoveres she has telekinesis? And Stephen King does a masterful job answering that question. Powerful stuff.

the tightest book ever

Published by Thriftbooks.com User , 12 years ago
Well the book i read was by Stephen King one of the greatest authors ever. Well I think this book was most interesting because these things that happened to carrie can really happen. Like being fiscally and verbally abused. Also when he stated the fact that she was sixteen and had her first period in front of everybody, i mean she has already been picked on and laughed at all her life i mean what worse could happen besides getting tampons and napkins and pads thrown at you. Well trust me you will have more to read, and also she found out that she had telekinesis whoa thats another thing coming for you. But the most part is can't believe the way her mom treats her. Her mom tries to act like she is the most holiest person in the world, and even when she creates sins her self by abusing her daughter and throwing her in the closet for hours and not giving her food. But when she finds out the cutest boy Tommy wants to take her to the prom she thinks nothing else could go wrong. Well she was wrong about that. She thought since she was with Tommy everyone would want to be her friend. Even though she wasn't the prettiest girl or really skinniest girl she thought every thing could actually be normal for her. But the day of the prom she actually was the prettiest girl in the room nice red dress her breast all out. Even Tommy didn't believe that it was her when he picked her up. She was a totally different person from when he first asked her to the prom. But the ending a can not tell because it is far to interesting for me to go and ruin it for you so just buy or rent the book and start reading. And trust me all that reading it is worth it.

Published by Thriftbooks.com User , 14 years ago
This review refers to the Audio edition(CD)of "Carrie" by Stephen King... Other than her creator, Stephen King, can you think of anyone better suited to get into the head of Carrie White than Carrie herself? Sissy Spacek(who played Carrie in the film) not only does an excellent job in the part of Carrie, during this chilling read, but makes the transition from character to character, to the reading of the various news articles,journals and books relating to the bizarre events that lead to the horrific and tragic ending for a little town in Maine in the 1970's. Okay, just in case there is someone out there who has not seen the movie or read the novel, Carrie is a tormented high school girl. Tormented by her deranged mother and her classmates. She has grown up, knowing she has a special, but secret and potentially deadly talent. She is telekinetic. All she has to do is see something in her mind, and "flex" her brain and she can move the objects, lock a door, slow a heart beat. She's used this power on occasion, but hasn't really learned it full capabilities. Her peers are notorious for playing pranks on her. Mean and nasty pranks, always leaving Carrie dehumanized, and humiliated. She would always beat a retreat home when pushed to the edge, but on Prom Night, they went too far. When the pranksters go to great lengths to humiliate her in front of the entire class, Carrie's powers seem to take on on a life of their own.She flexes her will with a vengeance. The results are terrifying and the death toll is high. Long before "Mean Girls" made their film debut Stephen King had the bad girl type nailed in this electrifying novel.The story is cleverly told in narrative from the different witnesses points of views, official statements and testimonies. King makes the characters seem all too real. The story builds on Carrie's emotions, as with each spiteful event, her anger takes her just a little further to the brink, until finally, well you know what they say about a woman scorned..and one with telekinetic powers has the ultimate fury. Sissy Spacek's read takes Carrie to each level. The fear and humiliation she feels, and eventually her anger. When she cries out to her mother "Mama, Mama", you know what she is feeling. When she tells her mother, she has a "gift" for her, we know again, what's to come.Giving each character their own personality, you will get to know them very well. She did an excellent job with all of the various players. She makes it a most enjoyable and spine tingling listen. There are other editions of this audio version available. Some have deals from the outside sellers that are much more reasonable at this time.Carrie is one of the better deals I see right now. See my review of 10/12/06 for details of that audio edition. This story has adult situations and langauge and is not suitable for younger listeners. A great addition to your audio book collection. Take "Carrie" on the road with you and enjoy the read....Laurie

Kings First, and STILL One of His Best

Published by Thriftbooks.com User , 21 years ago
This is King's famous debut novel. Though until Brian de Palma made the film, few people had even heard of it. But the film version launched the careers of King, de Palma, Sissy Spacek, John Travolta, and others.I admitedly have not yet scene the film version, but the book was great. King seems to be under the impression that this novel is very raw and unpolished, and perhaps he is right--I admit it isn't as polished as many books I've read, but I don't see this is a bad thing; if this is the case, perhaps it is what made the book so good. It was a very riveting book. King was also sucessful at getting at the emotional core of Carrie White, and other characters involved. It is a very worthwhile read, and goes by very quickly as it is only about 200 pages long (the original hardcover is 199 pages in length; I do not know the page count on subsequent volumes.) I definately recommend this book to anyone fond of the Horror genre or King's work (sadly, many people--dare I say most?--who read King do not read any of the other works within the genre; this is sad because some of the other talents out there surpass him by far.)

Great ending and a great book all together.

Published by Thriftbooks.com User , 23 years ago
This was the first book I have ever read by Mr. King. I was a little dissapointed. I started reading it expecting blood and gore and horrible unimagineable things. But then I put myself in some of the characters positon and found myself totaly horrified.

Carrie Mentions in Our Blog 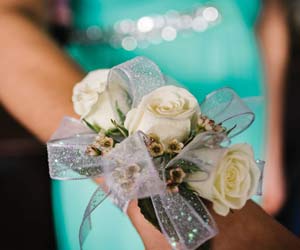 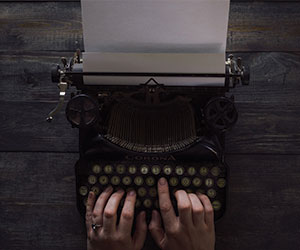 Who Wrote That? Why Authors Use Pen Names
Published by Bianca Smith • March 05, 2018
Who really wrote the book you're reading?
Read Article