The Gothic Elements of V.C. Andrews and Stephen King

The gothic element in American literature spans many genres, and has woven an ever present thread from Washington Irving's famous equestrian who was minus an important appendage, to William Faulkner's aristocrats gone to seed, all the way down to Stephenie Meyer's interpretation of the heirs of Vlad the Impaler. Leveraging the fine works of previous generations, two Twentieth Century American authors, Stephen King, and V.C. Andrews, created characters and settings which distilled the gothic element to a rarified degree. 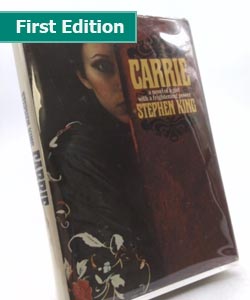 All of the standard stage props of gothic literature are present in their works: forbidding mansions, mysterious relatives who long ago ceased to move in the realm of reality, and protagonists whose motivations were driven by the most base forms of greed, lust, and cruelty. Mothers seem to get an especially bad wrap in both the writings of King and Andrews. Religious mania, incest, and ever-present murder, so occupy the minds of these less than maternal characters that no child of theirs would rise up and call them blessed. But are the children blameless either?

Stephen King's benighted Carrie, dominated by her mother, ridiculed by her schoolmates, on the cusp of stepping into the light of a normal life, responds to a final humiliation by laying waste to all around her so completely that even Shiva would blush with embarrassment. Some might pity the poor children, like wilting flowers, who were locked in the attic for years, but V.C. Andrews would have us believe that they compounded their plight by descending into incestuous lust. I guess it was a distraction from eating the cookies...

The mythology of Jerusalem's Lot, which borrowed heavily from the earlier works of H.P. Lovecraft, so immerses the reader into the bucolic world of northern Maine, spanning two centuries, the reader hardly notices that vampires have come to town. Tabitha King felt that Dracula's descendants would eschew a modern city for fear of being run down by a taxi cab, and instead would select a quiet corner of America to settle down and ensnare acolytes. So her husband heeded her advice, and the reading world will forever be in her debt for the creation of Chapelwaite and the Marston House.

I prefer the short story included in the anthology Night Shift, to the longer novel Salem's Lot. The gothic element in the short story is so strong that it is not a gob smack, so much as a donkey punch. 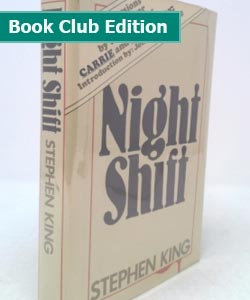 Likewise, V.C. Andrews created a family which wrung the hearts of readers. So plagued were they by unrequited love, forbidden by the mores of our society, that it twisted the minds of her characters and drove them through desperation to inbreeding, murder, and shame for generations. One would have thought eventually they would have started looking elsewhere for soul mates than their siblings. But, isn't that in itself the hallmark of the gothic element? Aren't most characters in the gothic vein like flora planted in the shade, forever trying to escape the damp and darkness, always seeking the light? 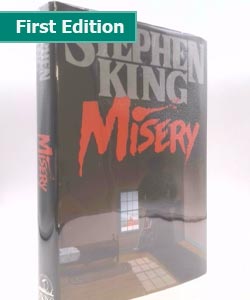 For Annie Wilkes fantasy became reality when her favorite author was injured in an automobile accident and she was able to nurse him back to health. The fact that she made him lame and tried to kill him repeatedly not-withstanding. The quest of the awkward outsider is a trope of gothic literature, be it horror or Southern gothic, writing. Carson McCullers, who drew upon the gothic elements of her own life, was a master at creating lonely, desperate characters. Her work might have been an early influence for Stephen King and V.C. Andrews when creating characters such as Dolores Claiborne, or Dud Rogers, who has strong parallels to the protagonist of The Heart is a Lonely Hunter.

The sadism present in Reflections in a Golden Eye is rife in the rooms, especially the attic, of Foxworth Hall. Humans can be such Needful Things, that the historian Will Durant once wrote that our unquenchable "wants" are what drove our ancient ancestors down from the trees. Even our pets, be they four legged, or four wheeled, did not escape the gothic brush of Stephen King. What could be more disarming than your ever faithful Fido turned homicidal killer? Or that chick-magnet ride? Hell may have no fury which compares to a woman scorned, but just try tussling with an envious four-thousand-pound pile of Detroit steel! 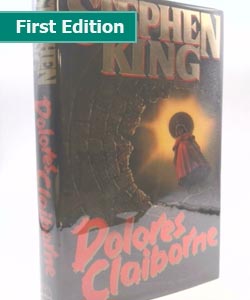 Personally, growing up in a Victorian mansion always lent an extra element when reading the works of King and Andrews as a young teen. The floors creaked, the wind rattled the wavy panes of 19th century glass, and the whole house sighed under the weight of mystery and the burden of time. How easy it was to imagine vampires lingering in the abandoned section of the house, or pale waifs huddled in the attic forever waiting for their mother to come and set them free; the same mother who faithfully renewed their supply of delicious cookies.