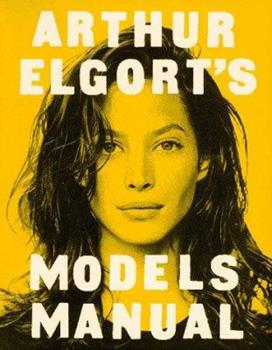 Photographer Arthur Elgort's images are the stars of this volume, which he presents as a tribute to his friends in modeling. Christy Turlington, Paulina Porizkova, Linda Evangilista, and dozens more... This description may be from another edition of this product.

A must-have volume for lovers of fashion photography

Published by Thriftbooks.com User , 23 years ago
I've owned Elgort's "Model Manual" for over a year now, and find myself coming back to it often for inspiration, reference, nostalgia, and a new experience each time. The art direction, layout, and of course, photography, make this book memorable and a worthwhile purchase. Models (professional and aspiring), art directors, and anyone interested and/or ivolved in fashion, beauty and design are encouraged to take a look!

Published by Thriftbooks.com User , 23 years ago
Medicine is not an art or a battle between technology and nature - it is a war, war between computers. On our side: the cognitive human brain and increasingly intelligent computers it makes. On the other side: The noncognitive and simple RNA and DNA computers of human genetics and human cells gone bad. So far the latter have lost a ground, but they have done remarkably well and even gained back little territory via fast-action guerilla tactics (e.g. rapid adaption to antibiotics) The (not so surprising) ability of DNA/RNA to evolve countermeasures to today's primitive medical technologies has led many to conclude that cyber-revolution will sink into a stalemate. Not so -RNA/DNA will lose the war, as fast as the genetic codes may evolve, they are old simple systems whose basic level of performance plateaued epochs ago. Worst of all - they do not think. They have never seen the likes of the increasingly smart macro and nanocomputers that will be thrown at them in the next few decades. The technology is moving much faster than its targets, and the Information-processing speed of genetic DNA will soon be billions of times less than that of their attackers. Point is that humans will soon have creatures among them that make Christy Tulington look like Frankenstein's Bride and her wits equal to that of Minnie the Mouse.
Trustpilot
Copyright © 2022 Thriftbooks.com Terms of Use | Privacy Policy | Do Not Sell or Share My Personal Information | Accessibility Statement
ThriftBooks® and the ThriftBooks® logo are registered trademarks of Thrift Books Global, LLC