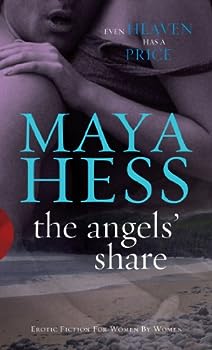 A derelict cottage on the rugged Manx coast is no place for a young woman to hide out in the middle of winter, but Ailey Callister is on a mission—to find and overthrow the man who has stolen her... This description may be from another edition of this product.

Published by Thriftbooks.com User , 15 years ago
After living in exile with her mom in Spain for over fourteen years, Ailey Callister comes home to the Isle of Man with plans to regain her lost inheritance from the man who stole it from her as she recently learned her estranged dad died. She sneaks into a fisherman's cottage that she used to go to with her dad before the exile. Ailey notices a couple making love on the nearby ledge; unable to resist, she watches in fascination and expertly "participates" from her hiding place. The next day she sneaks onto the grounds of her former home Creg-Ny-Varn, but the gardener Dominic catches her. They end up making light bondage love; afterward he hires her as a maid to the elusive aloof owner Ethan Kincaide. As her efforts to remain incognito consistently fail, she next meets her teenage lover Connor, who says he has dreamed of her ever since she vanished years ago. Though she is attracted to Dominic and still in love with Connor, Ailey's mission remains to obtain what she believes is rightfully hers, the "Manx millions" though she struggles with why everyone insists her adversary is at home when she has never seen him though she has been in his bedroom. ANGEL'S SHARE is definitely not for everyone as Maya Hess explores sexual relationships involving masturbation, voyeurism, ménage de trois, and bondage that at times relegates the prime plot of regaining a lost heritage to the back room. The story line is heated as it ventures towards-the porno sector, but also contains a strong cast that keeps it on the erotica side of the demarcation. The heroine is a delightful protagonist, but it is the eccentric locals especially those involved in sexual encounters that make for a torrid entertaining contemporary character study. Harriet Klausner
Copyright © 2022 Thriftbooks.com Terms of Use | Privacy Policy | Do Not Sell My Personal Information | Accessibility Statement
ThriftBooks® and the ThriftBooks® logo are registered trademarks of Thrift Books Global, LLC