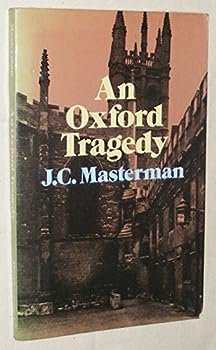 A novel in the BLACK DAGGER CRIME series. While the dons at an Oxford college are socialising with a visiting Viennese lawyer, a tutor is found shot to death, but in the absence of clues, even... This description may be from another edition of this product.

Published by Thriftbooks.com User , 17 years ago
Murder occurs at the fictional college of St. Thomas's at Oxford University. The victim is an abrasive and unpopular professor. But luckily, Ernest Brendel, a Viennese lawyer "of European reputation", is visiting the college as a guest lecturer and, luckily, happens to count crime detection amongst his hobbies. This is just a great example of the classic, locked room murder mystery from Britian's golden age of mystery writing, and you will not be able to put it down. Interestingly, the character of Ernest Brendel is VERY similar to Agatha Christie's Hercule Poirot - both use "psychology" to solve crimes; both are described as quirky, physically; both are bombastic; both rely on getting people to talk (because murderers always eventually make a slip); both grow more "foreign" in their manner to put the insular english at their ease; etc.

Published by Thriftbooks.com User , 24 years ago
Here's a delightful murder mystery set at Oxford and written by an Oxford don. Sadly, like many of the excellent Dover mystery series, it is out of print for now. A widely disliked don is found shot through the head in a colleague's rooms, and it becomes a process of elimination to find the culprit. A visiting professor from Vienna by the name of Alfred Brendel acts as a sleuth who discovers the culprit. This is a book whose atmospherics far outweigh the plot. As a mystery, it's a 5; but as a cultural artifact, it's a 10.
Trustpilot
Copyright © 2022 Thriftbooks.com Terms of Use | Privacy Policy | Do Not Sell or Share My Personal Information | Accessibility Statement
ThriftBooks® and the ThriftBooks® logo are registered trademarks of Thrift Books Global, LLC