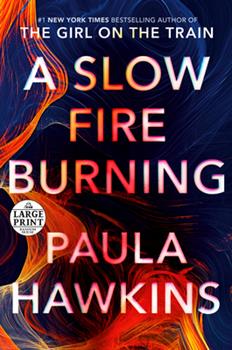 This description may be from another edition of this product. Look what you started. When a young man is found gruesomely murdered in a London houseboat, it triggers questions about three women in particular. Laura is the troubled one-night stand last seen in...

Professional Writing, I Just Wish I Cared More About The Characters

Published by Coryn , 1 day ago
The writing in this third novel by Paula Hawkins contains more professional writing than her previous two. It made for a smoother flow while reading it. The character development is acceptable, however, her characters are so severely flawed that none of them are likeable except Irene, an elderly lady connected to two of the people who saw the victim shortly before his untimely death. Hawkins seems to truly love severely flawed characters. The story itself is not bad, but it also doesn’t give me enough to make me care that this young man was murdered on a rented houseboat. I would only give it an average 3.0 stars for content except that the writing was so much more professional than before that I had to give it 3.8 to 4.0 stars. A wonderful map is included in the front of the book to help keep the reader on track regarding the location of each event in the story. As I said, the adorable Irene connects some of the characters and gives the reader a different perspective. She lives next door to the victim’s mother, Angela, who also died recently. Irene finds help with her errands in the mentally and physically challenged Laura who had an encounter with the victim on the eve of his death. Irene also meets Angela’s sister, Carla, when Carla inherits Angela’s estate, and Carla’s husband, Theo, who sold a book that makes him a bit of a public figure. The other character is Miriam who owns a houseboat close to the victim’s rental and suffers from a very traumatic event early in her life. There are no spoilers here. You can read nearly as much info on the flap copy. True to form, Hawkins brings in plenty of traumatic events to demonstrate the suffering of her characters. Perhaps this will help others care more deeply about them than I did. What was the victim’s name? Ah, yes, Daniel. We see very little of Daniel, but you’ll have plenty enough information to choose your candidate for the killer before the story is done. Have fun!
Copyright © 2020 Thriftbooks.com Terms of Use | Privacy Policy | Do Not Sell My Personal Information | Accessibility Statement
ThriftBooks® and the ThriftBooks® logo are registered trademarks of Thrift Books Global, LLC