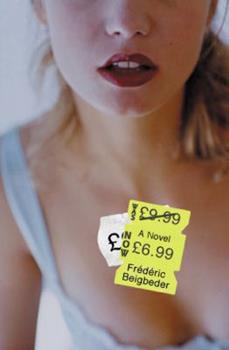 This description may be from another edition of this product. The story of Octave, one of the new Masters of the Universe; Octave seems to have everything going for him: a good mind, a great job in advertising, a lavish apartment, girls, and a cocaine habit he...

Published by Thriftbooks.com User , 13 years ago
This book, in some sorts, is fabulous. The writing is harsh and very face passed, almost like Chuck Palanhuik's novels- yet much more calculating. In the beginning, we are introduced to Octave who speaks in the first person, and the life he lives working for a top-notch advertising agency. He is addicted to coke, whores, and living in excess with his money. We are taken into a mans psyche and cynicism- he himself hates his job as creative director. It is both a gift (being so creative and persuasive with national french ads) and a burden (feeding into the whole idea of materialism and thoughtless spending within french society). He is seen as reckless and insensitive but the character development is so well manipulated that the reader goes from being disgusted by Octave to liking him, back and forth throughout the book. He deals with his addiction, his 'love' for Sophie, his job and the need to find something meaningful in his life. The honesty mixed in with harsh commentary about the world we live in is reminiscent of Fight Club; echoing the ideas of consumerism, self-worth, and anarchy. The irony of this story is that Octave is the one critiquing everything and everyone around him, yet his own behavior seems normal to him. A great read for francophone speakers! the only bad thing I would say about this book is that the end left me a little dry.