Summer Cooking for Every Diet

Even though we haven’t officially hit summer, my mind has already drifted to happy thoughts of backyard parties, picnics, and gatherings. I love spending time with friends and family out in the sun, eating killer food made with produce at the peak of its season. I have to admit, though, that feeding people, what with all the different dietary needs, has gotten more difficult over the years. 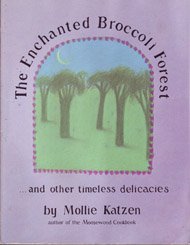 I myself am a vegetarian, but that’s not a requirement for anyone around me. It does, however, mean that coming to my place means you won’t be eating ribeye. My first challenge is finding food I can eat that won’t make the omnivores go out for hamburgers after they leave.

I reach for my Moosewood cookbooks first as I love just about everything in them. Both The Moosewood Cookbook and The New Enchanted Broccoli Forest have saved a dinner party or three. In the summer, I make more of their salads and chilled soups and get rave reviews. Ooo…and desserts? The dark chocolate and orange cookies in Moosewood Restaurant Book of Desserts are a huge hit.

The next challenge is the specific diets of my guests. Two of my favorite friends in the world are doing the keto diet. Which completely flummoxed me. So, true confession, when I was over at their house I oh-so-casually took a look at some of their cookbooks. Turns out keto is high fat, moderate protein, and low carb. I can so do that! 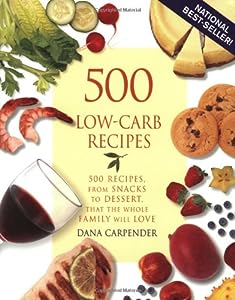 I was thumbing through 500 Low-Carb Recipes when inspiration struck. I have my own flock of laying hens and access to amazing eggs. An egg-and-cheddar quiche with a cauliflower-parmesan crust alongside a big green salad was deemed a total success at a picnic last summer.

Summer is also the time of a lot of birthdays in my family, and we celebrate together in style. My brother and his family are omnivores (and the test subjects for all my Moosewood cooking). Cooking for them sounds easy, but the kids won’t eat spicy and my brother and his wife are killer cooks. If I want to pull out all the stops, and not look like a hack in comparison, I get more creative.

While most barbeque books are not for me, they can spark inspiration. For example, while snooping, er, perusing cookbooks at other people’s houses, I came across 365 Great Barbeque and Grill Anniversary Edition . It’s been well-loved, which told me it was a great place to start. I was casually paging through it when it occurred to me that I could use the grill for more than fajita veggies and asparagus. So I sliced romaine hearts in half vertically, slathered them in olive oil, salt, and pepper, and grilled them. 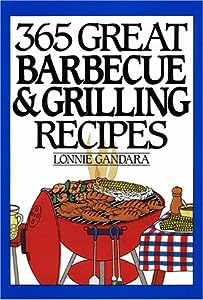 I got my nieces involved by letting one pick out the type of vinegar and the other the type of oil for the dressing (always good to get the kids in on the action – keeps them from getting bored). Topped the romaine with the dressing and parmesan shreds and served it with grilled garlic butter portabellas, grilled Mexican corn, fresh bread, and homemade lemonade.

Dessert was, of course, birthday cake, but I also grilled some peaches (what can I say – I was on a roll). Everyone was full and content, and no one seemed anxious to hit the drive-thru on the way home. Happy dance.

I’m curious: How do you handle food for groups in the summer? Potluck? Announced menu? Something else? Drop us a comment!

The Foodie's Dilemma
A Steaming Bowl of Goodness
Barbecuing Is an Art Form, but Potato Salad Is A Religion
Previous Post
Next Post
Copyright © 2020 Thriftbooks.com Terms of Use | Privacy Policy | Do Not Sell My Personal Information | Accessibility Statement
ThriftBooks® and the ThriftBooks® logo are registered trademarks of Thrift Books Global, LLC