Archaeologists tell us that a feature of the Solomon temple in ancient Jerusalem was a pair of great pillars that stood before the acacia wood doors. One pillar was dedicated to the beauty of the terrestrial world, the other to the wonder of the astrological plane. Likewise, the genre of science fiction writing has two great pillars representing the wonder and promise of future worlds, and the intricate technology as yet unimagined, except by their questing minds. Frank Herbert and Robert Heinlein were contemporaries who saw sci-fi through different lenses. One focused on "hard" science fiction, the other on building complex social systems, religion, and mythology for the inhabitants of his worlds. Political intrigue was a common thread which wove through both their works, but while Herbert used politics as a principal plot point, Heinlein derisively laid the blame for many of the sticky situations in which his protagonists found themselves at the feet of bureaucratic hucksters. 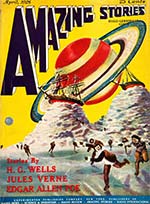 Robert Heinlein began his writing career publishing articles for The Saturday Evening Post in the 1940s, and later in Astounding Science Fiction magazine. His work was controversial for its interpretation of social and sexual mores. Stranger in a Strange Land, probably his most well know work, was shocking for the easy way in which its central character navigated from one romantic partner to another. Eyebrow raising stuff for the 1960s. Starship Troopers was a scathing parody of the military, which was later made into blockbuster film, more filled with camp and broad humor than science fiction. Heinlein's prolific output, and the quality of his work, earned him the Science Fiction Writers Grand Master award in 1974. He also contributed words to our common lexicon today: "pay it forward" and "space marine" are his creations. 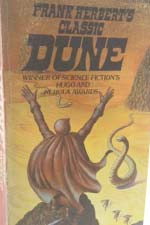 Frank Herbert gave birth to the Dune saga, the original seminal work, and its five sequels. Ecology, planetary science, the survival of the human species, economics, religion, and evolution, all combined with tongue twister character names to create a palimpsest of worlds and cultures that seemed as limitless as the stars of his created galaxy. Dune is considered the best selling science fiction novel of all time. In contrast to the "hard" science fiction of Heinlein, and others, Herbert's work is considered "soft" science fiction because it focuses less on technology, and more on the religion, morals, evolution and humanity of his characters. Whereas, "hard" science fiction places emphasis on the accuracy of existing and future technology, "soft" science fiction focuses more on anthropology, sociology, and psychology. Both writers have left their mark on our current culture through their works of fiction, and the multitude of movies, television programs, and fan fiction that have followed. Many Frank Herbert fans eagerly await the release of the newest two-part cinematic interpretation of Dune. 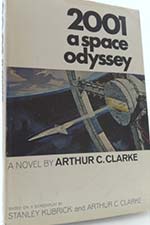 In no way should we ignore the lesser satellites orbiting Herbert and Heinlein in the sci-fi genre. Arthur C. Clarke gave the world not only 2001: A Space Odyssey and the television series Mysterious Universe, but he also invented a satellite communications system. Isaac Asimov, also a writer of "hard" science fiction like Heinlein, began his career writing for pulp magazines, such as Weird Tales, Galaxy, and Amazing Stories.

Since the dawn of man our species has looked to the stars with wonder and imagined what may be beyond the veil of moon and sun. This yearning for the celestial unknown has been the foundation of many of our religions, and has spawned a genre of limitless works, exploring every possible scenario of what exists on worlds very different from our own.