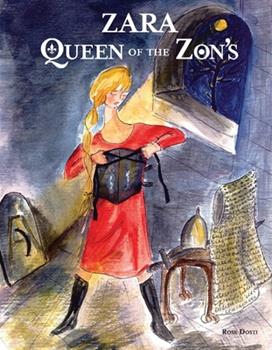 Zara, Queen of the Zon's: Volume 1

When Zara, Queen of the Zon's, learns that her son, Zev, has been captured by the Evil Ones living in an underground kingdom, as were all the king's men before, she uses gifts of bravery, flying and song, bestowed on her by her fairy godmother from a distant star, to destroy the Evil Ones and rescue her son, husband and king's men.