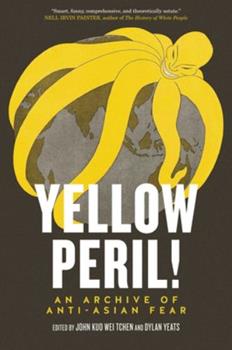 From invading hordes to enemy agents, a great fear haunts the West The "yellow peril" is one of the oldest and most pervasive racist ideas in Western culture--dating back to the birth of European colonialism during the Enlightenment. Yet while Fu Manchu looks almost quaint today, the prejudices that gave him life persist in modern culture. Yellow Peril is the first comprehensive repository of anti-Asian images and writing, and it surveys the extent...

Published by Walter Ko , 1 year ago
This is a scholar lengthy research on the Yellow Peril, an anti-Asian fear left over from the old 19th Century Imperialist and Colonist era to justify their aggression on Asia lands. Page 13 is a reproduction of this drawing of Christian European powers in their fully armed outfit, under the shining light of the Cross with Archangel Michael on the shore point to the East where the Buddha riding on a dragon in dark cloud “threatening to West”. It was a hangover fear of the powerful Mongol Empire which conquered continental Europe and the awful fear for centuries. The European Powers met at the seizure of Peking in 1900, who is threatening who? Professor Tchen researched and collected pictures in this subject from 19th century of 1882 Chinese Exclusion Act to now. China suffered humiliation and defeat and many devoted their lives for a wealthy, strong and united China. Their endeavor especially in the past forty years realized this dream and as Napoleon said, a waken China will shock the world! This book prepares readers a good understanding of the past and how American bipartisan national China policy of - being competitive when it should be, collaborative when it can be, and adversarial when it must be. Trump accusation of Covid19 as China Virus shifted his control failure blame to the China and Chinese hatred with deadly violence against Asians with a brutal murdering 8 women in Atlanta. This anti-China hatred is toxic!! This is a powerful archive against American Racism, past and present!
Trustpilot
Copyright © 2022 Thriftbooks.com Terms of Use | Privacy Policy | Do Not Sell or Share My Personal Information | Accessibility Statement
ThriftBooks® and the ThriftBooks® logo are registered trademarks of Thrift Books Global, LLC