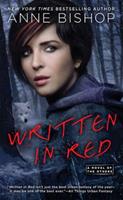 (Book #1 in the The Others Series)

Enter the world of the Others in the first novel in New York Times bestselling author Anne Bishop's thrilling fantasy series: a place where unearthly entities--vampires and shape-shifters among them--rule the Earth and prey on the human race. As a cassandra sangue , or blood prophet, Meg Corbyn can see the future when her skin is cut--a gift that feels more like a curse. Meg's Controller keeps her enslaved so he can have full access to her visions...

The First book of The Others

Published by Dani , 29 days ago
FOREWARNING, if you're looking for an Urban Fantasy book with lots of romance, this is not the book series for you. There is a clear main couple and the whole series is a "will they/won't they". But it's not really the focus and sometimes takes a back seat. Honestly, there really isn't much in terms of romance, imo. It's just not that kind of series. I'm not sure if the author intend to have much romance, but she wrote "The Others" as not being the romantic type. So, I don't know how I stumbled across this book years ago. But something about it captured me while I was reading. This book is an Urban Fantasy, basically, vampire-like, shifters, and more, live among us, in their own Earth-like world, and they're the top predators and humans know it. I don't know how else to explain it. It's not like other Urban Fantasy settings in my opinion. This book is about Meg, a human who when she cuts herself can see visions of the future. Yeah, I wasn't a fan of the cutting herself bit, but in the end it worked. She's run away and seeks shelter with The Others, knowing they are dangerous, but she'd rather be around them then get caught. As a character, Meg isn't the best and a little bit boring at times. The reason for that makes sense due to her background, and the rest of the supporting characters and the story make up for Meg enough that I didn't mind her. The Others, like the reader, learn about Meg and her abilities and past. This first book is pretty contained, focusing in a small area of the whole world, giving you hints that there is more out there, but not enough to take away from the story. It's a good set up to a bigger story. I bought the hard cover, since I already had owned a hard cover of book 2 and it came in great condition.
Copyright © 2020 Thriftbooks.com Terms of Use | Privacy Policy | Do Not Sell My Personal Information | Accessibility Statement
ThriftBooks® and the ThriftBooks® logo are registered trademarks of Thrift Books Global, LLC