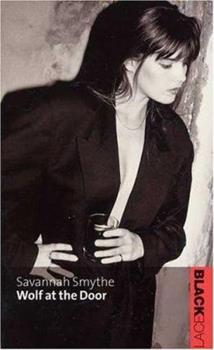 Wolf At the Door (Black Lace)

Pagan Warner is marrying Greg, in an effort to erase her turbulent past. All she wants is a peaceful life in rural New Jersey, but her past catches up with her in the form of bad boy 'Wolf', who... This description may be from another edition of this product.

Impressive Erotica!!! A first for me!

Published by Thriftbooks.com User , 18 years ago
A first for me in this genre and recommend to me because it is published by a company called Black Lace that specializes in erotic fiction written by women for women. I gave it a reluctant shot worrying that it would be all sex and no character development or storyline worthy of a novel. Boy I was surprised to find an in-depth story with really deep characters.The author did a wonderful job writing this tale of greed, lust and blackmail at its finest. Pagan Warner is a young woman with a past that included a very virile man who was her first love and still haunts her to this day, ten years later. She hasn't seen him in so long that he is a little shocked to run into him on a train going home on the evening commute. At first she thinks its her mind playing tricks since she is getting married in a few weeks to a very stable and handsome man who works hard and seems perfect for her. Cold feet must be why his image pops in her head and along with that the entire past floods her brain. Truth be told, he is back. The Wolf that is. Richard 'Wolf' Mancini is one of the most powerful businessmen in the city and has NOT for one minute forgotten Pagan. In fact, he has devised his entire career and life around this woman that he can't get over. Domineering and seductive, Richard will have her at all costs, even if it means breaking up her engagement.What happens is a web of lies and deceit that begins to spiral out of control. Pagan's fiancee Greg is used a s a pawn in Richard's game and Richard will expose the weakness he has found and exploit it to its end along with his teetering professional life. Bringing in the help of an accomplice that owes him, a slinky raven-haired bombshell works on Greg relentlessly. Will Pagan realize what's happening before its too late? Or will she fall back into the arms of her first love... A very intense and well written story about greed, lust, backstabbing and double-dealing that truly makes for an enjoyable read. Fear not romance readers, this is got that too. I am big on romance and love ad didn't think this would deliver, but it did. Romance and all the rest all packed into this novel that may shock, but wont disappoint.

Published by Thriftbooks.com User , 18 years ago
First off, I have to say that the whole uncle and niece thing is weird. But I do like the chemistry between the characters. I was kind of hoping her other books tapped in to that taboo feeling that the Richard and Pagan relationship had. I rarely like books where the character is having tons of anoymous sex but , more the execitment of who they are having that erotic realtionship with.
Trustpilot
Copyright © 2022 Thriftbooks.com Terms of Use | Privacy Policy | Do Not Sell My Personal Information | Accessibility Statement
ThriftBooks® and the ThriftBooks® logo are registered trademarks of Thrift Books Global, LLC