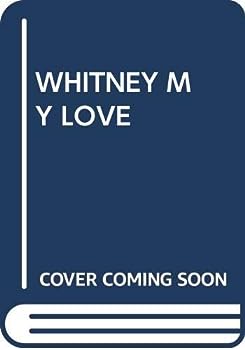 (Book #2 in the Westmoreland Saga Series)

This description may be from another edition of this product. One of today's best-loved authors, Judith McNaught launched her stellar career with this dazzling bestseller. Now in a special edition that features a brand-new, enhanced ending and endows familiar...

Published by Jaime , 1 month ago
This book had me on an emotional roller coaster. I read it in just a few days cause I could not put it down. Will definitely read this one again!

Published by Anne Grime , 1 year ago
I read this book in the wrong order, have read its sequel first. So I was a little on edge, waiting for the heroine to do something humiliatingly stupid. But it turns out that that is the ‘hero’s’ job:) The leading characters are almost identical but still enjoyable, although I found the repeated ‘misunderstandings’ by the leading man a little immature, and the heroines prompt forgiveness rather unlikely. Nevertheless this book is enjoyable and definitely worth reading.

You will either love it or hate it

Published by Thriftbooks.com User , 18 years ago
This is an unforgettable book. The number of reviews alone (over 200 so far) make this book stand out from all the rest of the romance novels. It's interesting to note that the author had originally meant for Nikki to be the hero and Clayton to be the rival. She reversed the roles because Nikki paled next to Clayton. Clayton and Whitney are my favorite McNaught's characters because they come to love each other despite their great differences. I also love the wonderful dialogue which is exceptionally witty, funny, and touching. The book is as melodramatic as a juicy romance novel should be. I truly enjoyed it!

Published by Thriftbooks.com User , 21 years ago
This novel is just Exquisite! Judith McNaught is my all time favorite authour. She has a way of making you fall head over heels for her characters. I am loathe to say goodbye when one of her novels end. And while I love all of her novels, Whitney My Love has no equal. I have read this book over and over again, and it never failed to make me laugh uncontrollably or to be caught with a constant lump in my throat.Whitney Stone is a motherless young hoyden. She lives with her father, Martin Stone. He has no patience for his willful daughter, and he decides that Whitney should go to live with her Aunt and Uncle, Lord and Lady Gilbert. It is his hope that by residing with them in France, and having a mother figure in her life, she will learn how to act and behave as a proper young lady.Whitney flourishes under the lavish care bestowed upon her by her doting Aunt and Uncle. She blossoms into a vivacious beauty. Her open personality and striking good looks taking Paris and many hearts by storm. In comes Clayton Westmoreland, the devilishly handsome Duke of Claymore. He is infatuated with the outspoken beauty and sets out to win her heart for his very own. He must tread lightly with this wary beauty, for she is not taken in by money and titles. So it is up to Clayton to win her affection with his own charms to guide him. Passions ignite between the Duke and his young beauty. Whitney will not easily succomb to her "Lord". Misunderstandings and false betrayals plague both Whitney and Clayton. But is it true that Love can conquer all?On a last note, I have read many reviews that claim Whitney was "raped". I do not know how some have come to that conclusion. What I read (from her earlier version) was a painful first time experience. Anyhow, this book is great. It is an emotion filled masterpiece. Do yourself a great favor and read it!

Published by Thriftbooks.com User , 21 years ago
Okay, so I guess I'm a little biased. I've read the original version three times already and couldn't keep my hands off the new version.In 1820 the Duke of Claymore falls for a 'nobody' beautiful Whitney Stone. Realizing that her uncle is turning down every offer, he goes to her father and pays a fortune to become betrothed to her. Whitney is mortified, she's already in love with someone else. As Clayton's luck would have it, things don't work out too well with Whitney's first love and he finds Whitney in his arms. Many misunderstandings later the couple is happily married, only to have more misunderstandings.Oh how I love this book! Not everybody agrees due to the rape scene halfway through, but I overlook that just because this book is so wonderful. The new version has several added chapters that, while charming, could have been easily left out.

Fall in Love with this Book!

Published by Thriftbooks.com User , 21 years ago
Whitney, My Love is the first book I read by this author, and I was awed. In this story, a young, unappealing girl becomes a swan and realizes that her childhood dream of marrying Paul is becoming an impossibility because of someone else's decision for her to marry a different person. Her immediate reaction and subsequent actions are delightfully humorous, yet at the time slightly frustrating. When she finally realizes that she wants the Duke, they have a misunderstanding and a separation occurs. When reading this part of the story, the reader can so easily feel the depth of emotion each character is feeling. Throughout several more misunderstandings, the same feelings occur. McNaught's ability to create emotion is outstanding. If you enjoy this book, be sure also to read Once and Always, which features Stephen, the Duke's brother you will meet in Whitney, My Love. A Holiday of Love also contains a short story about Nicholas DuVille, whom you will also meet. All three books convey the depth of emotion and desire involved in falling in love. It lets you fall in love all over again!
Copyright © 2020 Thriftbooks.com Terms of Use | Privacy Policy | Do Not Sell My Personal Information | Accessibility Statement
ThriftBooks® and the ThriftBooks® logo are registered trademarks of Thrift Books Global, LLC