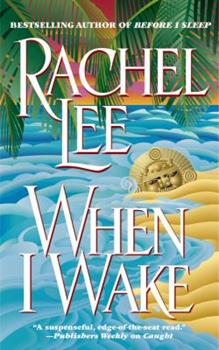 When her father tells her of the ancient mask that her mother died searching for, archaeologist Veronica Coleridge takes up the quest, with the expert help of a business owner named Dugan. Veronica and Dugan become caught in a maelstrom at sea and learn that far more than an ancient mask is at stake--and only their love and trust can save them.

Published by Thriftbooks.com User , 21 years ago
Being a hearing impaired individual I could readily empathize with Veronica and her deafness. Many people tend to treat H.I.I (hearing impaired individuals) as though they are mentally retarded. As strongly described in the book hearing devices are not perfect and amplify the loudest sound. High ceilings, air conditioners, loud background noises are just a few sounds that complicate the hearing process for the almost deaf. We still function and most of us are highly intelligent. Give us a chance. In Veronica's case; however, she possibly would have benefited by having a cochlear implant which is much more progressive than hearing aids.Congratulations to Dugan for being so considerate and understanding and loving Veronica.Lovely story, fine plot. My first Rachel Lee book but certainly not my last.

Published by Thriftbooks.com User , 21 years ago
Veronica Coleridge is deaf. Recently deaf. She has lost her husband, her child, her hearing. Veronica hates being deaf, she is still in deep depression over her loss and there is no hope -- her deafness is not going to go away -- her loss of a child she does not talk about. Her father is dying. He has cancer. To pull Veronica out of her debilitating depression he offers her new information about her mother, about how she died, what she was looking for, information which sparks Veronica into organizing a sea-going archeological dig in the waters off Key West, in Florida, searching for a three hundred year old storm mask, an icon of her ancestors, an passion, an obsession that killed her mother, that threatens to similarly absorb Veronica. As part of her salvage team she hires Dugan Gallagher, a one time big city businessman, gone troppo. This man kids himself he lives to have a good time. He hates to get wet, loves to sail, has no intention of doing it tough. Or so he says. Trouble is everything he touches turns out okay. Better than okay. There are bad guys out there. The suspects include folk Dugan has hired. Someone has to protect Veronica from whoever is after the treasure, and from herself. The idea for this Rachel Lee's WHEN I WAKE romantic suspense is solid. However, the heroine stays self indulgent for too long, the hero comes to care too late. After his initial important appearance Veronica's father disappears stage left and returns too briefly. Villains, who promise much in the beginning, do little but fizzle in the end. Particularly disappointing is the second villain who appears only in evil whispers and whose motivations, intentions, outcomes, even at the end, are never made known.

Published by Thriftbooks.com User , 21 years ago
In Tampa, archeologist Orin Coleridge is not afraid to die except he worries about his beloved daughter Veronica wasting away to nothing. He is lost for ideas about how to help his child regain her spirit that she lost after the accident that cost Veronica her hearing, followed by her spouse Larry Hauser deserting her. Desperate Orin hears the voice of his deceased spouse for the first time in a quarter of a century. She advises him to tell Veronica about "The Mask of the Storm Mother," the artifact that led to the death of Orin's wife.An outraged Veronica becomes obsessed with completing her mother's dream. She and her father hire a reluctant former stockbroker, Dugan Gallagher, a diver who hates the water. As Veronica and Dugan spend several months together in close proximity, they fall in love. However, neither one trusts relationships as both have been burned in the past. There also remains the danger from money- consumed Emilio Zaragura who will do anything to attain the mask for himself.WHEN I WAKE is an exciting romantic suspense novel that stars two wonderful, lead characters and a strong support cast. The story line is loaded with action as several players turn the search for the mask into a personal quest that makes them risk everything including love to appease their personal demons. This makes the characters seem genuine and turns Rachel Lee's novel into a strong statement on what drives an individual.Harriet Klausner
Trustpilot
Copyright © 2022 Thriftbooks.com Terms of Use | Privacy Policy | Do Not Sell or Share My Personal Information | Accessibility Statement
ThriftBooks® and the ThriftBooks® logo are registered trademarks of Thrift Books Global, LLC