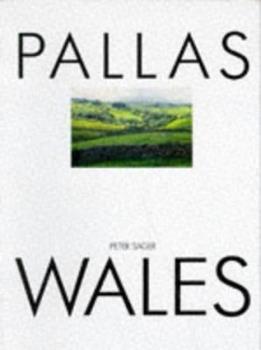 Illustrated throughout, Sager''s guide to Wal es is unlike any other. The third updated edition will provi de travellers and armchair travellers alike with practical h ints, restaurant & hotel information, and cover a wide range of interests. '

Published by Thriftbooks.com User , 15 years ago
Very well-written, considering that this German critic (I see that he's also prepared Pallas guides to Southwest England, East Anglia, and the West Country as well as Oxford & Cambridge and, in German, "Schotsland.") has David Henry Wilson's solid (or transparent?) translation to filter his own personality and perspective through. Pallas Guides apparently are British, so this is the first one I've seen. They're tinged with the Blue Guides cultural sophistication, but with less local color re: the natural resources, architecture, and the historical nuts-and-bolts of the edifices. Instead, this book's laid out going from the southeastern border at Monmouth to go up the coast along Cardiff and Swansea with byways into the mining valleys, industrial archeology, fortified and later eccentric castles (Cardiff again!) and Roman ruins. Sager then follows the coast up to "Little England" at the tip of the peninsula, ending the half-loop around Fishguard. Then, he circles within Mid-Wales and the Marches before starting again at the border to re-enter Wales along the Northern coast, gradually and thoughtfully considering the debate over jobs vs. scenery in Snowdonia, admiring the Menai bridge, explaining carefully the controversy over holiday homes vs. waiting lists for council homes in such former Welsh-speaking enclaves as Anglesey and Lleyn, and then concluding powerfully with R.S. Thomas' poem "Reservoirs" and the last fight against the tide of anglicization and tourism in the mountains. Throughout, Sager knows well the contradictions as a German travel writer celebrating this compromised Principality (and he tells us precisely why the English designated it as such-- a fact I as an American had never understood before) within a kingdom. He fairly presents the demands of those wanting increased autonomy: economist Leopold Kohr, folksinger Dafydd Iwan, and Hay-on-Wye's bookseller Richard Booth among them. He also counters with an understanding of the appeal of rural Wales for incomers and visitors. He highlights in self-contained essays on such topics as the language debate, slate mining, Lord Bute and William Burgess' medievalism, the Romantic vogue for the picturesque, the Ladies of Llangollen, the demise of the chapels, Aberfan's disaster, and "The Manor House of Servants" at Erddig Park many lesser-known subjects (compared to most tour guides) deserving attention. Blaenau and Ffestiniog are treated as two daughters, one grey, one golden, competing for a suitor's eye. Paintings and décor gain as much scrutiny, if not more, than Eryri and Cader Idris. One example of his scope: he considers "yr hen iaith," the ancient language, deftly. Sager suggests that the "problem has solidified into a kind of national monument: for some it is an ancient pedestal without a statue, and for others a statue looking for a base." (66) He wryly notes but three pages into his text that the dragon's tongue stands as the emblem of the Welsh Language Society (Cymdeithas

Published by Thriftbooks.com User , 16 years ago
If you really want to know about Wales before you travel this is the guide for you. This is a book to be read and digested not just skimmed through. It is rich in history, art and literature. It gives a deep understanding of the people, the land and its culture. It is not a travel guide per se but will certainly inform your travels. This is not for the lets hit the high points crowd.
Trustpilot
Copyright © 2022 Thriftbooks.com Terms of Use | Privacy Policy | Do Not Sell My Personal Information | Cookie Preferences | Accessibility Statement
ThriftBooks® and the ThriftBooks® logo are registered trademarks of Thrift Books Global, LLC