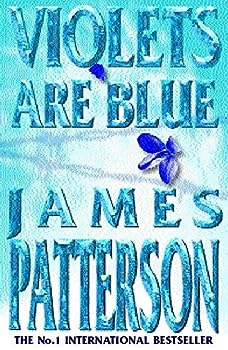 (Book #7 in the Alex Cross Series)

Detective Alex Cross must confront his most terrifying nemesis ever- and his own deepest fears- in this electrifying thriller from the world's #1 bestselling writer. D.C. Detective Alex Cross has seen... This description may be from another edition of this product.

Published by Candy , 3 years ago
Did you expect that?

Published by Thriftbooks.com User , 20 years ago
Once again, James Patterson didn't let me down in Violets Are Blue! He continues to keep my attention on what is going on with Alex Cross and the Mastermind. The chapters are short - 3 pages on average. I warn you in advance that once you start reading this, you may have a tough time putting it down, it's that good, which is the reason I give this book 5 stars. James Patterson does a fine job again.

SUSPENSEFUL GAME OF CAT AND MOUSE!

Published by Thriftbooks.com User , 20 years ago
A fantastic book! I completely disagree with many of the negative reviews of this book; this works because we DO know who The Mastermind is. It's a game of cat and mouse. If we were not aware of his identity then this tension would be lost.When I read the ending of Roses Are Red, I wondered how a sequel could possibly work. But Patterson has demonstrated the breadth of his storytelling ability once again. The sub plots are also engrossing. So, my advice is to read Roses Are Red first, including the last page. Then get set for a rollercoaster of torment in Violets Are Blue.

Alex Cross Vs. Mastermind! Who will win? Read and Find out!

Published by Thriftbooks.com User , 20 years ago
Once again James Patterson and his unforgettable detectivehero, Dr. Alex Cross plunge us into another chilling descentinto twisted criminal minds.Cross once again must battle his nemesis, evil genius known as mastermind who taunts our hero with threats to kill him and his family.Cross must also balance this with his newest case: a pair of young killers who think of themselves as vampires and actually drink the blood of their victims as they brutally murder them!Cross with the aid of beautiful det. Jamila Hughes must hunt down these two maniacs as the leave a trail of bloodless bodies around the country and who think of themselves as unstoppable.Patterson is most adept when he juggles the narratives of Dr. Cross and how is trying to put his life back together after the breakup with Christina and the terror he feels when he thinks mastermind may harm his children or the burnout he has from years of catching vicious killers.Cross is great hero because unlike other detectives he isn't cold cynic but passionate cop who uses his brains and heart in his case.We also getting chilling insight on why the mastermind hates Cross and why is obsessed in killing him and showing Cross he is smarter than him. The storyline of the two vampire killers is also memorable as Patterson goes into the minds of these so-called vampires as they seduce,stalk and murder their prey and their terrifying bloodlust that drives them to commmit these awful crimes.This novel also gives us a glimpse of fetish of vampirism and the misguided young people who inhabit underground where people actually believe they are vampires! This gripping thriller leads to heartstopping final confronation between Cross and Mastermind! A unforgettable masterpiece of psychological terror and suspense that makes me believe in the realm of thrillers the true mastermind is James Patterson!

Published by Thriftbooks.com User , 21 years ago
I love the new Alex Cross book, so much so that I've finished it in one sitting! The sheer number of chapters - 116 - did not put me off at all, because the chapters are short and to the point, and you can feel the excitement - almost like watching the movie. (I will not go into plot details, for obvious reasons!).The only slightly negative comment I might have is that the scene where Alex finally figures out who Mastermind is (and we've known since Roses are Red) a bit lukewarm and an anticlimax.

Published by Thriftbooks.com User , 21 years ago
I was getting very bored with Alex Cross, and the number of Alex Cross books James Patterson was putting out. I was glad he came out with Suzannes Diary for Nickholas and 1st to Die. I was reading about Mr.Patterson last night, and I read that he said that after 2 books going back to Alex Cross is going to be fun, and that he has great ideas about this book.Anyways, I have read it, in 2 days, and it is the 2nd best book of his I have read (When the Wind Blows is first). This book was very creepy, and very intence, and I enjoyed every page I read. James Patterson is still on top...............

Violets Are Blue Mentions in Our Blog 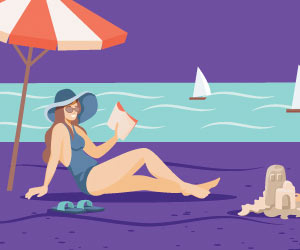 How Did You Make Your Summer Reading Choices?
Published by Ashly Moore Sheldon • September 16, 2021
This summer, Thriftbooks enlisted OnePoll to survey 2,000 Americans about what motivates their seasonal reading choices and we learned some pretty interesting things. Here are a handful of our key takeaways.
Read Article
Trustpilot
Copyright © 2022 Thriftbooks.com Terms of Use | Privacy Policy | Do Not Sell or Share My Personal Information | Accessibility Statement
ThriftBooks® and the ThriftBooks® logo are registered trademarks of Thrift Books Global, LLC