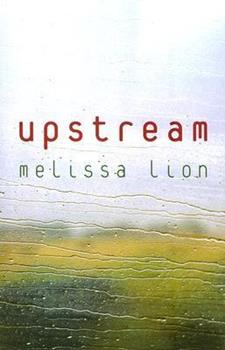 Marty's small town in Alaska is the most beautiful place in the world. There she and her beloved boyfriend, Steven, can walk through fields of fireweed, explore the wild, and tie pink floozy fishing lures to catch the salmon that swim upstream. But when she starts her senior year, Marty must return to school by herself. Without Steven. Something happened during the summer that changed things forever. It's a small town and people are starting to talk;...

Published by Thriftbooks.com User , 16 years ago
Melissa Lion tells a very real story about an Alaskan girl named Marty in her senior year of high school whose joie de vivre is somewhat diminished by a summertime tragedy that has made the rest of her town uneasy and awkward around her. Marty feels trapped in her current life and unable to escape the judgments of her fellow villagers until she meets Catherine, a new arrival from California. Catherine encourages Marty to apply to college, to gather up her life, to start living again. Now all that remains to be seen is...will Marty allow herself to move on? I thought that Upstream was an interesting read because it gave me a look into the daily life in a place I've never been. I would recommend this book to anyone who would like to try out a book that, while not challenging, moves past what one normally would read in a book. Melissa Lion gives readers the essential details that allow them to connect somewhat to the characters. Although the ending was the best possible for this book, I was still left "hanging" because all save one of the characters that the book closes on were introduced in the final chapter of the book. Other than this, the ending fit the book very well. Reviewed by a student reviewer for Flamingnet Book Reviews www.flamingnet.com Preteen, teen, and young adult book reviews and recommendations

A novel about overcoming melancholy

Published by Thriftbooks.com User , 17 years ago
From the opening paragraph of UPSTREAM, Melissa Lion's quietly powerful second novel, we know that Marty Powers's boyfriend, Steven, is gone. "I want to be with him, though I know he's not here," she tells us, climbing through the window of his family's deserted house in their tiny hometown of Homer, Alaska. We soon learn that he died over the summer, although we don't know how. Marty was with Steven that day, but she has kept the circumstances of his death shrouded from her family, her classmates and everyone else. Slowly, over the course of the novel, Marty reveals the details of what happened. UPSTREAM, though, is less the story of Steven's mysterious death than of Marty's healing. She begins her senior year of high school withdrawn, avoiding the stares and whispers of the curious. Then she meets Katherine, a recently divorced 28-year-old who has just moved to town from California and bought the old movie theater where Marty works. It takes time for Marty to truly open up to her, but as their friendship deepens, she recognizes in Katherine a sadness similar to her own: "She misses someone. Maybe someone in her old life. Someone I'll never know." Marty introduces the California girl to the rhythms and joys of Alaska life, such as the patience and strength needed for sockeye-salmon fishing, and the thrill of the hard-won catch. Katherine literally brings sunshine into Marty's world. She paints the dingy movie house walls a buttery yellow and organizes a beach movie marathon on the shortest day of the long Alaska winter. But as with Lion's first novel, SWOLLEN, these bright spots don't entirely eclipse the dark. There's no magical remedy for Marty's pain, and like the Alaska spring that brings just eight more minutes of light each day, Marty's recovery is incremental, and so natural, that she almost doesn't notice it. UPSTREAM is firmly rooted in Marty's home state, so that the Alaska wilderness itself becomes another character: the two bull moose jousting in a meadow near where Marty takes Katherine fishing; the round red berries, Steven's favorite, that taste exactly like watermelon; the deep, cloudy blue of the river at Cooper Landing. "I'm grateful for the glaciers and the runoff and that I'll always be reminded of the color of his eyes," Marty says toward the end of the book. And as readers, we're grateful to Melissa Lion for sharing with us the beauty and the melancholy of Marty's world. --- Reviewed by Carolyn Juris
Trustpilot
Copyright © 2022 Thriftbooks.com Terms of Use | Privacy Policy | Do Not Sell My Personal Information | Accessibility Statement
ThriftBooks® and the ThriftBooks® logo are registered trademarks of Thrift Books Global, LLC