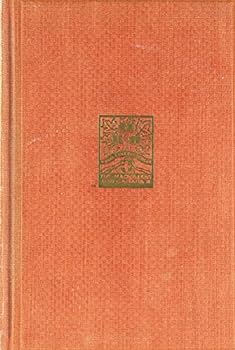 Under the Greenwood Tree: Or , the Mellstock Quire. a Rural Painting of the Dutch School.

Published by Thriftbooks.com User , 11 years ago
Though probably Thomas Hardy's most overrated novel in that it is often put in his top tier but is really below it, Under the Greenwood Tree is a fine work - a must for fans and for several reasons possibly attractive for those usually not keen on Hardy. It is certainly very different from Desperate Remedies, Hardy's first published novel - a striking early instance of great diversity. Under is in many ways more similar to later work but also unique in several ways. Though imbued with Hardy's singular genius in embryo, Desperate was essentially an entry in the then popular sensation genre; it is immediately clear that Under is the kind of book he actually wanted to write, though he later admitted to holding back on the darker elements that became his signature. Hardy had not formally launched Wessex - the part-real, part-dream area, based on his native Southwest England, that he made world famous -, but this has much in common with the great Wessex novels and is always put with them. It is thus notable for a profound sense of place. Perhaps no one equals Hardy at making place so important that it is an integral part of the story; setting is never mere backdrop with him. Though early, this is a preeminent example. Closely based on his rural England hometown and the surrounding area, Under's Mellstock comes alive as very few settings do - all the more remarkable in that it is so very different from our world. Hardy's profoundly rural countryside was disappearing even before his birth and had largely passed away by the novel's 1872 publication. Yet it is a mark of his genius that it seems as real as any contemporary setting. His descriptions of things like trees and roads are lush and vivid, giving a vibrant peek into a bygone era, not to mention being beautiful - nay, near-sublime - in themselves. Hardy clearly had not only a great knowledge of the area but a vast love for it; this comes across in every aspect of the writing, and Under greatly benefits. Related to this is his great appreciation of nature's beauty; Under also conveys a grand sense of this, showing Hardy had a strong Romantic streak despite realist leanings. Perhaps even more valuable is the insight into Mellstock's people; Hardy's Preface notes that the portrait is essentially realistic, thus giving a good idea of how early nineteenth century English villagers thought, lived, and acted. It indeed goes far beyond this, as the culture it describes had been virtually unchanged for a thousand years. Under is largely a comedy of customs, a fascinating glimpse at the mores and standards behind rural culture plus compellingly realistic depictions of speech - Hardy's dialect mastery was already in place - and other elements. Hardy indeed considered Under primarily a portrayal of The Mellstock Quire, a group of church musicians with a long tradition of performing sacred music not only in chapel but at each individual neighborhood cottage each Christmas. His family had been in the real-lif

Published by Thriftbooks.com User , 13 years ago
To any Hardy fan, Under the Greenwood Tree makes for a terrific read. Compared to his major novels, however, it most certainly ranks as one of his lesser efforts. Understandable, given the fact that it was also one of his first novels. The master was just getting his feet wet, so to speak. What Hardy achieved wonderfully within this novel is his ability to create a strong sense of place. The reader can't help but feel as if he is a part of the Mellstock choir, or enjoying the hospitality of the Dewy family as they celebrate the seasons. This book contains some of Hardy's most enjoyable and memorable characters, incorporating humorous and authentic dialogue exchanges. In certain sections, however, the dialogue is stilted and seemingly ungenuine, perhaps indicating Hardy's immaturity as a novelist. The novel's structure derives from the natural seasons, as well as the pace of a young man's courting of a newly-arrived schoolteacher within the Mellstock community. Although the plot line is terribly straightforward, the reader's enjoyment comes from the strong picture painted of rural British life during the mid 19th century.

The poetry, rituals, and cycles of life

Published by Thriftbooks.com User , 14 years ago
In Under the Greenwood Tree, Thomas Hardy combines many of the elements that would define his career as a novelist--colorful common folk and their equally colorful language, an ironic narrator, an unflinching perspective on changing times, and the marvelous "Wessex" countryside. All that is missing is a plot, the lack of which contributes to the uncharacteristic happy ending. Under the Greenwood Tree addresses two related matters: the fate of the Mellstock choir and of the charming new schoolmistress. Although the members of the choir acknowledge that their way is becoming an anachronism, they see that it is not only the inevitability of change that is pushing them aside. Both Farmer Shiner and the vicar show a strong interest in schoolmistress Fancy Day, who happens to have musical ability. By eliminating the choir and installing Miss Day at Farmer Shiner's behest, the vicar believes he will achieve two objectives: modernizing a parish that has no desire to be modernized and impressing a woman who does wish to be wooed. At the same time, the sight of Fancy at the window with her hair undone in the wee hours of Christmas morning is enough to win the heart of young choir member Dick Dewy, who devotes his energy to attracting Fanny's notice and attention. While he is more educated than his father and the other members of the choir, he seems to represent honest labor, sincerity, and singlemindedness, while his rivals the vicar and the farmer, represent culture and money, respectively. Fancy is educated and cultured, while her father is revealed to have some money. The question is not about her choice but about whether it is the right one--a question that cannot be answered by the end of the novel. Fancy's response to the vicar shows some ambivalence about her commitment. At times, the parish's long-standing couples reveal their own sense of fate about their spouses and marriages. Mrs. Penny tells the tranter's Christmas gathering, " . . . and lo and behold the coming man came: Penny asked me if I'd go snacks with him and afore I knew what I was about a'most, the thing was done." Later she tells Fancy to reassure herself with the thought, "'tis to be, and here goes!" She adds that "'Twill carry a body through it all from wedding to churching if you only let it out with spirit enough." When Dick's father says to his wife, "You be a well-enough woman, Ann," then, "Mrs. Dewy put her mouth in the form of a smile and put it back again without smiling." An impressive subtext underlies these couples' anecdotes, exchanges, and expressions, with the narrator's--and reader's--knowledge that they were once in the same position as Dick and Fancy. In his introduction, Simon Gatrell writes that "the heart of the novel is the right way to do things." Eliminating the tradition of the choir to impress a woman may not be the right way, but the members concede the vicar's right to do so. Their attempt, not altogether unsuccessful, to negotiate the timing of the cha

Published by Thriftbooks.com User , 19 years ago
"Under the Greenwood Tree" does not rank among Hardy's greatest novels, but it includes many moving moments and memorable characters. This first of the great series of Wessex novels introduces the reader to Hardy's beloved and changing countryside. The landscape and it's occupants are lovingly invoked, and the natural humour of the locals shines through. In fact, the supporting characters are far more interesting than the hero and heroine. "Under the Greenwood Tree" is really a tale of young love, and although Hardy touchingly illustrates the yearning and naivete of his lovers, both characters remain at arm's length. This is particularly true of Fancy, the heroine, whose emotions do not become apparent until close to the tale's end.Hardy would explore many of "Greenwood Tree's" themes more effectivly in later books, but this novel is more than just a warm-up act. The decline of English country life- one of Hardy's greatest themes- has never been as tellingly illustrated as in the sub-plot of the Mellstock Quire, and the contented, ironic ending rings as true as any of the fatalistic horrors to come.

Published by Thriftbooks.com User , 20 years ago
Thomas Hardy's family had a long history as players of instrumental music in the local church, and here Hardy creates an entertaining novel involving a fictional church choir.The characterizations and dialogue of his "Mellstock Quire" are detailed and interesting. The plot includes some very funny scenes--with the scene involving the visit to the vicar being among the best.You'll also find something in this book that you'll never see again--a Hardy novel with a (relatively) happy ending!
Copyright © 2020 Thriftbooks.com Terms of Use | Privacy Policy | Do Not Sell My Personal Information | Accessibility Statement
ThriftBooks® and the ThriftBooks® logo are registered trademarks of Thrift Books Global, LLC