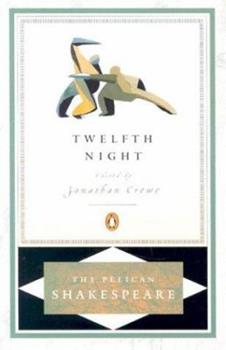 Published by Thriftbooks.com User , 14 years ago
This is a wonderful adaptation of one of Shakespeare's lighter works... Richly detailed artwork accompanies a brisk, skillful prose adaptation of this broad farce of mistaken identity and misplaced love... An ideal entry point for younger readers, one of several fine adaptations by Bruce Coville.

Published by Thriftbooks.com User , 14 years ago
The characters are what make this play so wonderful. The play was originally written to be performed for a Christmas progam. The play is a glorious irony in that it is so joyful, but that is played off the terrible sadness of the principal characters. Shakesepeare also reinforces this plot with some glorious poetry. Shakespeare also makes use of identical twins in this one. This would be a wonderful play to use as an introduction to the genius that is Shakespeare

What a great idea!

Published by Thriftbooks.com User , 14 years ago
I love the stories that Bruce Coville writes, and was browsing some other books of his, when I saw that he had retold some of Shakespeare's plays for children. I first bought Romeo and Juliet, and have been buying them all as they come out. What a great way for kids (and adults) to learn about Shakespeare's plays! The illustrations are appropriate to the plays, and beautifully done. Twelfth Night, like the others, is well written and easy to read, and includes quotes from the play. I enjoyed this version of Shakespeare's Twelfth Night.

A refreshing way to read Shakespeare.

Published by Thriftbooks.com User , 15 years ago
The Plays of William Shakespeare are great Literature, but they are PLAYS!, not Novels. That is, they are intended to be PERFORMED, not READ. This edition of the "Twelfth Night" resolves this problem brillantly, by combining the COMPLETE text of the play, with footnotes explaining archaic terms, with the illumination of Cartooning. Combining the written word with images is a powerful storytelling tool, & Shakespeare was, first & formost, a storyteller. If you can't see the play performed live, this is even better than a video. Note that the illustrations place the characters in a more contemporary setting, thus proving that Shakespeare's themes are universal, & apply to all eras.

Published by Thriftbooks.com User , 21 years ago
Neil Freeman edits the First Folio, showing how much "cleaning up" by most mosern text is unnecessary, and in fact, holds back information from the actor, director, and reader. Modern editors, even respected ones like the Arden, assume that Shakespeare couldn't have possibly meant to vary from the 10 syllable line and try to "correct" his "mistakes." To assume that Shakespeare was wrong and we are right is foolhardy, and Freeman's editions prove it.

Twelfth Night; or, What You Will Mentions in Our Blog