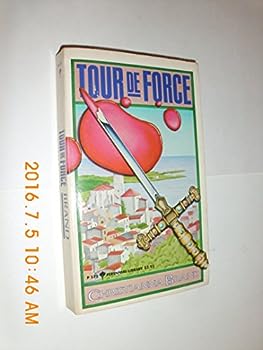 (Book #6 in the Inspector Cockrill Series)

The vacationing Inspector Cockrill is on the job again when a fellow tourist is stabbed to death on a small Mediterranean island. The local police, in Cockrill's opinion, are illprepared for interrogating the tourload of suspects, she he takes it upon himself to confront these not-so-innocents abroad. The results, in high Brand-style, are both suspenseful and hilarious.

Published by Thriftbooks.com User , 14 years ago
In this book we have Brand's Inspector Cockerill out of his element. He is on holiday in Italy, and feeling somewhat like a fish out of water. This feeling only intensifies when a murder occurs. The lady that is killed is one of their party, and the list of suspects is quite short, including Cockerill himself. Cockerill can't get over the way this murder is being investigated. Nothing like this would ever happen in "Jolly Old". He knows he has to figure it out himself because the local police are hopeless. There are a lot of twists and turns in this plot, and countless red herrings. The characters are a bit typecast, but the book is still fun none the less. Done in the tradition of the Golden Age, this book is a page-turner, and I enjoyed it.

Published by Thriftbooks.com User , 20 years ago
This book was really a lot of fun. It's a classic whodunit with plenty of clues as well as some red herrings so that you can really try to figure it out for yourself. Well written as well.

Tour De Force is a Treat

Published by Thriftbooks.com User , 21 years ago
A well-plotted, clever, fun tale of a British tour group's visit to an island near Italy but governed by Spain. One of the tourists is murdered, naturally. The local police just want to arrest *someone*; they can always arrange to hire some "witnesses" later. So Inspector Cockrill's vacation turns into a busman's holiday and he investigates, after informing the local officers "Me--Scotalanda Yard!". Lots and lots of clues, and plenty of red herrings. I correctly guessed the solution, but Brand almost convinced me I was wrong. I was impressed by the non-judgmental depiction of a gay character, pretty progressive considering that the book was first published in 1955. A witty book, and (hooray) one of several Brands currently in print.
Copyright © 2020 Thriftbooks.com Terms of Use | Privacy Policy | Do Not Sell My Personal Information | Accessibility Statement
ThriftBooks® and the ThriftBooks® logo are registered trademarks of Thrift Books Global, LLC