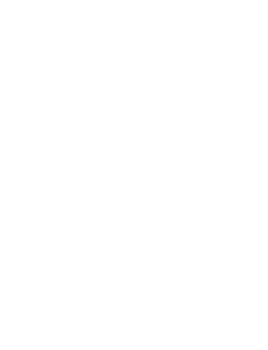 A self-portrait of Indian existence in the United States, here is a selection of statements and writings which illuminate the course of Indian history and the abiding values of Indian life. The... This description may be from another edition of this product.

Poignant & humble perspective as seen from the native American Indians

Published by Thriftbooks.com User , 13 years ago
This book is a compilation of first-person accounts of various native American Indians (natives) from the 1700s to the 1900s, focusing mainly in the period 1800s. With the stereotyping of native American Indians (natives) in Hollywood movies such as Dances with the Wolves, where they were portrayed as savages or barbarians, this book serves to give a thought-provoking perspective as seen from another view point. This book comprises of 4 sections or periods of their life in chronological order; (i) in their native environment (ii) slow and increasing emergence of the white men (iii) the eventual domination of white men over the natives (iv) life in the assigned and restricted Indian reservation regions. From this book, I gained a better understanding of how the natives viewed the world, their beliefs and their lifestyles. They have a reverence for the everyday environment, such as the lands, animals, objects which made up the environment they lived in. An environment that is integrally interwoven with the Indian life. They have the wisdom about having the needs to establish the right relationship with the land and resources, otherwise destruction of Indians will be followed by destruction of nature and in the destruction of nature will be followed by the destruction of ourselves. It has been about 30 years since the first release of this book. And the state of the present world is such that we are not preserving the environment as much as we should. The natives were not destructive. They would shake down acorns, pinenuts and use dead wood instead of chopping down living trees. On the other hand, the white men were viewed as destructive, causing destruction to the environment with the gains subjected to only themselves.. As an example, during the 19th century gold-mining era, they would blow up where ever they suspected there were treasures. They tended to blow up the ground, pulled down the trees, blasted rocks and scattered them onto the grounds. Once these treasures were found, they tended to grap only the treasures and left all trash behind. With the current issues we are facing in the 21st century such as global warming, this book ended up being a self-reflection of what we humans had done in the past 3 decades. For all the advancements made (such as technologically, medically), where do these changes lead us towards? And it seems that we are and have been truly destructive to our environments. In addition, the natives had a keen observation; " An animal depends a great deal on the natural conditions around it...... We see the change in our ponies. In the old days, they could stand great hardship and travel long distance without water. They lived on certain kinds of food and drank pure water. Now our horses require a mixture of food, they have less endurance and must have constant care". From their account, I shared a similar view as humans living in the present versus those living in the past. Unfortunately, we are sharing similar tran

Published by Thriftbooks.com User , 16 years ago
In a nutshell this book is a compilation of quotations from many Native Americans. However this book expands far beyond that nutshell. It shows many sides of Indian thought and belief interweaving both spirituality and history. The book is organised in an affective way, first having quotations showing the Indians willingness to co-exist with the white man and slowly that willingness fading into bitterness and anger as the settlers destroyed the land and displaced the Indians from their ancestral homes. Even though 'Touch the Earth' might seem like an potentially depressing book it is very far from that. I found it very uplifting. Many of the quotations spoke to some deep part of my heart that made my soul smile. The archive pictures through out the book alone make me love it. It is a book full of words from wise men, so inspiring yet at other moments so anguished. "What is life? It is the flash of a firefly in the night. It is the breath of the buffalo in the winter time. It is the little shadow which runs across the grass and loses itself in the Sunset." -- Crowfoot "I hear no longer the songs of the women as they prepare the meal. The antelope have gone; the buffalo wallos are empty. [...] We are like birds with a broken wing. My heart is cold within me. My eyes are growing dim - I am old..." -- Chief Plenty-Coups The one thing I will say about "Touch the Earth" is that you have to be in the right mood to read it. Most people cannot sit down and read a book cover to cover that is filled with quotation after quotation. Also some things that are said are so deep that I just had to sit for awhile and think about them. If you are not the type of person who liked history this is not the kind of book for you. However if the history of the Native American's fascinated you, as it does me, I would definitely recommend this gem.

Big lessons from the Great Spirit

Published by Thriftbooks.com User , 16 years ago
Have you ever at any time in your life truly felt connected to the earth, all its inhabitants, the plants, the rocks, the wind? Touch the Earth is almost like a Native American prayer book and it examines this direct connection between our land's original inhabitants and their world around them. Not only did they feel this connection, but they lived it every day. Consequently they did not understand the White Man and his only going to church on Sundays. As I've read and reread my copy, I often wonder what it would be like if we had respect for all the things created by God's hand instead of for only the ones we pick and choose to respect and honor. By favoring one species over another, we have dangerously tipped the ecological balance and not in a good way. By failing to understand the links between all the elements that make up the earth, we humans are well on our way to fouling our own nest. I recommend reading this book late at night just before bedtime. Read only one or two essays at a time and allow the words to resonate with you in the quiet. Perhaps you will be reminded why it is important to Touch the Earth, our Mother.

Native American philosophy has much to teach us

Published by Thriftbooks.com User , 18 years ago
The letter from Chief Seattle to the US President.. "How can you buy or sell the sky, the warmth of the land? ..." and the vision of Black Elk ..."The sacred hoop of his people was only one of many hoops, all joined together to make one great circle, the great hoop of all peoples.." brought home to me the fact that the Native American philosophy of living has so much to teach us. They were closely connected to the earth, loved and respected it, while we treat it with violence; they were closely connected to our universal Mother and seemed to truly understand humankind's place in the universe while we trust in our technology and the wealth it brings us. The Native Americans appeared to have lived their lives with their two natures - materialistic and spiritual - in harmony while we have over emphasized the material and neglected the spiritual. While we cannot turn the clock back and ride horses and live in tents - nor would we want to - but surely there must be some principles that they incorporated into their lives which we can discover and build into our lives to help redress the balance of our two natures. So I turned to this book to see if there is some Native American wisdom which would enrich my life. I was certainly encouraged by the Book of-the-Month Club comment on the back cover "Simply but eloquently, the selections tell of the Indians' relationship with the earth, their kinship with all of nature's creatures, and their unity with the elements. They speak of the harmony that existed between the Indian and the land, a harmony that was disrupted as 'the hairy man from the east' encroached still further into their territory." and ".. one cannot help but be struck anew by their wisdom and their prophetic vision..."I read this passage in the introduction: "In this book, the Indians speak for themselves, of the quality of their life. The passages that make up the book have been taken from speeches of Indians living in all parts of the North American continent, between the 16th and 20th centuries. They speak with courtesy and respect of the land, of animals, of the objects which made up the territory in which they lived. They saw no virtue in imposing their will over their environment: private acquisition, almost without exception, was to them a way to poverty, not to riches. The meaning of their life was identified through their relationships with each other and their homelands - all of which was given depth and resonance by memory" and understood that here in this volume I would find what I was looking for. Many of the passages reflect attempts by the Indians to offer their ideas to the whiteman but we responded by destroying their way of life and with it much of the wisdom we need today. We are indeed fortunate to have this collection to refer to. We cannot turn the clock back; we cannot undo the deeds of prior generations. But perhaps we can at least take the trouble to reflect on what these wise people were trying to teach our forebears a

An uplifting glimpse into the Native American heart & mind.

Published by Thriftbooks.com User , 24 years ago
I purchased this precious compendium of wisdom expecting to find some interesting Native American quotations to add to my 400+ collection of quotation books. I discovered an inspirationial book which deftly interweaves philosophy, ecology, history, anthropology and spirituality. Actually, it is a first hand account of the eradication of the American Indian culture and extermination of their peoples spoken by the tribal leaders. Yet it is uplifting and inspiring, not desolating. Page after page I found my heart glowing, or chills running up my back, as I was touched by the pure, noble, plain yet profound talk of these great yet simple men-- Seattle, Tecumseh, Black Hawk, Geronimo and lesser known chiefs of Choctaw, Nez Perce, Yuma, Hopi, Chickasaw, Sioux, and Cree nations. They, with great nobility and anguish, speak the case for their simple way of life, embracing nature and sharing its bounties with all their equal partners-- the buffalo, eagle, bear, trees, wind, earth and sky, all part of the great spirit. The archive photos alone are worth the bargain price of this treasure.
Trustpilot
Copyright © 2022 Thriftbooks.com Terms of Use | Privacy Policy | Do Not Sell My Personal Information | Accessibility Statement
ThriftBooks® and the ThriftBooks® logo are registered trademarks of Thrift Books Global, LLC