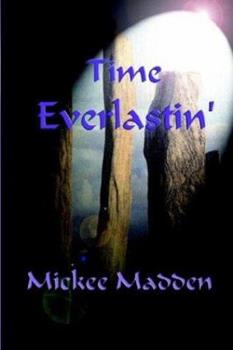 (Book #5 in the Everlastin' Series)

This description may be from another edition of this product. Taryn Ingliss, paparazzi/yellow-journalist, journeys to the Isle of Lewis in Scotland in search of answers to the mysteries surrounding Lachlan Baird and her ancestor, Robert Ingliss. What she...

You must read the other four books first!

Published by Thriftbooks.com User , 17 years ago
Taryn Ingliss was determined to find the truth to an old legend, little did she know that it might cost her more than she could pay. In the midst of her misadventure, she finds herself in possibly Hell, trapped by a grinning gargoyle and a barbarian. Her only way out is to lie with the barbarian, but he reeks and is hairy, and she'd rather bed the gargoyle. Still, he has nice eyes, and might clean up okay.Meanwhile, Baird house is in an uproar, as usual. Lannie manages to get in a life and death duel with a ghost, and get kicked out of the afterlife, again. Deliah, a fairy princess, is pregnant and going into labor, and Roan is in a dither over his missing sister, Taryn. Therefore, one of the resident fairies is sent after her, at the risk of his own life when he crosses gold mongering locals determined to sacrifice him. ***** If Mickee Madden writes it, read it, especially if Lannie Baird is featured. Old friends come to life, no pun intended, in this fun, heart stopping, and sweet book. To say more would be to ruin your enjoyment, the only caution is, you must have read the other four books. ***** Amanda Killgore
Copyright © 2020 Thriftbooks.com Terms of Use | Privacy Policy | Do Not Sell My Personal Information | Accessibility Statement
ThriftBooks® and the ThriftBooks® logo are registered trademarks of Thrift Books Global, LLC