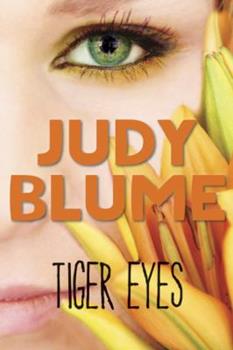 Davey has never felt so alone in her life. Her father is dead shot in a holdup and now her mother is moving the family to New Mexico to try to recover. Climbing in the Los Alamos canyon, Davey meets the mysterious Wolf, who can read Davey s sad eyes. Wolf is the only person who seems to understand the rage and fear Davey feels. Slowly, with Wolf s help, Davey realizes that she must get on with her life. But when will she be ready to leave the past...

Published by Thriftbooks.com User , 15 years ago
I read this because it's on the ALA's list of 100 Most Frequently Challenged Books (1990-2000) and I'm slowly working my way though the list. This is one of the few Judy Blume books I managed to miss when I was younger and I have to say, I'm quite surprised that it's on this list at all. I found absolutely nothing objectionable about the book at all. I agree that the subject matter might be unpleasant to some, but for anyone who's experienced (or might experience) the sudden (and possibly violent) loss of a loved one (and everyone does at some point in their lives) this book is an exceptional read. Not only does it deal with one families struggle to deal with the sudden, violent death of their father/husband it also deals with other types of loss and grief issues. Included in this book are the difficulty of being childless for a couple that wants children (the aunt and uncle), Wolf's experiences with the inevitable loss of his father to cancer, Jane's drinking to cope with the intense and often unrealistic expectations of her family and her own fears about wanting to live her own life but being afraid to at the same time. Tiger Eyes manages to convey an intensity of emotion with regards to each family members fear, grief, anger, and depression...and manages to do it without being depressing or having the main character wallow in it. The struggles of Davey and her Mother are very real, they "feel" authentic, you get a depth of emotion in the reading and I think that is what makes this an excellent book. I think it's a shame anyone would try to censor this, to pretend that death doesn't occur or that there aren't difficult issues in families that lead to children and/or parents making bad/self-destructive choices. I think it's a very good thing that there are books like this that allow readers to enjoy a good story and realize that we are each human and must come to terms with our problems as best we can. I give Tiger Eyes five stars and two thumbs up...highly recommended!!

Published by Thriftbooks.com User , 17 years ago
Tiger Eyes is the story of a young woman dealing with the intense grief of the loss of her father. She goes through sadness, anger, and frustration, and yet she never loses herself in darkness; the book is sad but not depressing. As compelling as Davey's story is, I found equally enjoyable the growth of the minor characters in the book. Her mother, devastated by her husband's death, goes through her own struggles. Although we only get part of her story through her daughter's eyes, it's easy to fill in the details and imagine her perspective. To a lesser extent, the same can be said about her aunt, uncle, Jane, and Wolf. Although not much text is written about these characters, they all feel real and complex, as if each of them has a unique story to tell. I first read Tiger Eyes as a young adult almost 20 years ago, and I remember just being absorbed by the story line and, of course, having a huge crush on Wolf. As an adult, I find Tiger Eyes more subtle than I remembered it and full of layers -- a definite recommend.

Published by Thriftbooks.com User , 18 years ago
Tiger Eyes is a very exciting book that tells about a girl who has troubles in her life. Her dad has just died and what's left of her family, her brother and mother, go to live with her aunt. All the rules for her aunts house are different. Davey doesn't know how to cope with the changes. That is until she meets Wolf. This book shows how to get over tragety and also it shows how making new friends really helps you. I recomend this book to everyone who reads books at all. I definatly don't think that Tiger Eyes should be ban.

One of my high school favorites

Published by Thriftbooks.com User , 19 years ago
15-year old Davey has just experienced the tragic loss of her beloved father via a robbery shooting. Her mother, unable to cope alone, accepts an offer of help from her sister-in-law, and thus Davey moves with her mother and younger brother from their home in Atlantic City to live with an aunt and uncle who are practically strangers to them in New Mexico. While there, Davey encounters unfamiliar rules, unexpected complications (eg, a friend's drinking problem), and some unlikely sources of support. As her mother deteriorates, Davey learns to cope with her own grief while at the same time negotiating the usual trials of being a high school student. A wonderful, moving book that would be especially appropriate for teens who have experienced a loss in their own lives.

A realistic approach to a loss in the family

Published by Thriftbooks.com User , 22 years ago
"Tiger Eyes" is mainly about a death in the family and how it almost tears a family apart. Davey's father gets shot and killed during a robbery at his convenience store. It makes Davey and her mom real depressed, so they decide that they need a change in scenery. They go to stay with Davey's aunt and uncle in New Mexico until Davey and her mom get back on their feet. While there, she will experience some major turmoil with her aunt and uncle, but to ease it up a little, she meets Wolf while she's exploring a canyon, and he's somewhat going through the same thing she is. Davey has to find a way to help her mom and herself get over the tragedy, while trying to do what she can to put her life back together."Tiger Eyes" is a great book, and it's realistic. Judy Blume does a great job in making the reader see the pain and grief that can happen when something like that occurs, while keeping the reader wanting to read more and more. If you like good realistic books, "Tiger Eyes" would be a great one to get.
Trustpilot
Copyright © 2022 Thriftbooks.com Terms of Use | Privacy Policy | Do Not Sell or Share My Personal Information | Accessibility Statement
ThriftBooks® and the ThriftBooks® logo are registered trademarks of Thrift Books Global, LLC