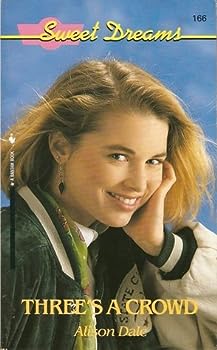 Mindy Hamilton can't believe the change in Brian Swinton, her best friend Janet's older brother. Over the summer, he has somehow transformed himself from a skinny, average guy into a major heartthrob!... This description may be from another edition of this product.

This One'll Get You Hooked on the Series...

Published by Thriftbooks.com User , 15 years ago
I picked this up for kicks at a library bookstore and it got me hooked. I never even liked teen romances, and this one pulled me in. Mindy visits her friend Janet, who has just come home from summer camp as a counselor, and this hot guy opens the door. At first Mindy doesn't realize it's Brian, Janet's older brother. Janet's annoying older brother, turned hottie. He's even gotten to be nicer since she saw him last! Mindy turns to jell-o. After reading other Sweet Dreams books, I haven't found a bad one yet, but none have yet to be as good as this one. The plot twists! The tender smooching scenes! The teenage jealousy and betrayal! The SATs! Gratuitous lines about how Brian smells good! It's like a teeny, cheesy-breezy Great Expectations. I'm surprised this is Alison Dale's only contribution to the series. I loved it!

Published by Thriftbooks.com User , 20 years ago
It's a sweet book for teens .....about things that go on among friends. Mindy Hamilton can't believe the change in Brian Swinton , her best firend , Janet's older brother. Over the summer , he has somehow transformed himself from a skinny , average guy into a major heartthrob!!! Mindy is used to Brian being obnoxious-not gorgeous. But when Brian seems interested in her , she's definitely pleased . But there's just one problem : Janet. As Brian and Mindy spend more and more time together , Janet maked it perfectly clear that she's not wild about her best friend dating her brother. But why???.....find out what Janet's problem is and how can Mindy find a way to make both Brian and Janet happy
Trustpilot
Copyright © 2022 Thriftbooks.com Terms of Use | Privacy Policy | Do Not Sell My Personal Information | Accessibility Statement
ThriftBooks® and the ThriftBooks® logo are registered trademarks of Thrift Books Global, LLC