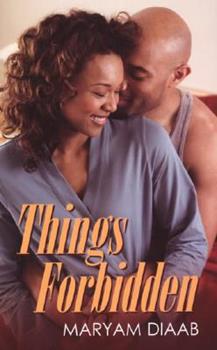 When 34-year-old Yvette Brooks is forced to relocate from Detroit to Nashville, her life changes forever. Original.

Published by Thriftbooks.com User , 13 years ago
At first I wonder what a 34 yr old woman could see in a 21 yrs old man, but Ajani changed my mind. He was definitely more man than Terrance's dirty behind. He saw Yvette and decide she would be his for life. Loved it when he showed up at the wedding. Wendy reminded me that you have to be careful who you call friend, because they might be your enemy in disguise. This books was good from start to finish and I will definitely read it again.

Published by Thriftbooks.com User , 13 years ago
Dr. Terrence Hall is a catch by any standard. His fiancé, Yvette, has thought so for about 12 years. He is a handsome, charming doctor who only has one flaw: He constantly thinks about sex and has cheated on Yvette at least once. Even after Yvette found out that he cheated on her, she forgave him and took him back. Was it really that simple? Yvette Brooks applied for an assistant principal position in Nashville when she was separated from Terrence. She had forgotten all about applying for the job until she was offered the position. Once she decided that absence would make the heart grow fonder, she took the job and relocated from Detroit to Nashville. Yvette was looking for a little down time to make sure that she was doing the right thing by marrying Terrence. What she was not looking for was a 21-year-old man to take her breath away. Ajani Riley is a college student who has been assigned to shadow Yvette. It is instant attraction between the two of them. Yvette is trying to fight the attraction for a number of reasons. Besides the obvious age difference, the biggest reason is that Ajani is adding to the confusion that is her life. And if that isn't enough, Yvette's best friend Wendy has a secret that she has been keeping for years. Now that Yvette is not in town, she decides to unveil that secret. When you add Ajani's ex into the mix, you've got one big mess! Things Forbidden is a wonderful book. The relationship between Terrence and Yvette is the main plot, but there are at least 4 or 5 subplots that are going on simultaneously. Maryam Diaab does an excellent job of connecting them all and keeping the story flowing. You will also go through the entire gamut of emotions while reading this book. You will find yourself drawn to the characters and rooting for your relationship of choice to succeed. You will also get angry with the other characters for getting in the way. Thing Forbidden is just an all around good read. Reviewed by Tenecia for Urban Reviews

Published by Thriftbooks.com User , 13 years ago
Successful and beautiful Yvette Brooks had a lot of rough times in her life. Just as she thinks she has finally gotten her life together, he life crumbles as she discovers that her fiancée Dr. Terrance Hall is cheating on her. A blessing in disguise; has Yvette relocated to another state that give her the opportunity to rethink her future and determine if she really wants to become Mrs. Hall. Ajani Riley is a college student assigned to "shadow" Yvette in her job. While working together a combustible attraction is reached leaving him wanting more and her with her biggest questions yet. What is she going to do with a college student 10 years her junior who's father still pays his bills and what is she going to do about her engagement to Dr. Terrance Hall? Ms. Diaab, takes you through the complex issues of love, betrayal and new horizons in her wonderful book of Things Forbidden. All readers are encouraged to sit back and enjoy this forbidden journey. Reviewed by: Robyn Morris, Black Butterfly Review

Published by Thriftbooks.com User , 14 years ago
Wedding bells are ringing for Yvette Brooks, but six months before her wedding day to Dr. Terrence Hall, she has the greatest opportunity handed to her. A career promotion takes her from Detroit to Nashville. Yvette decides to take a chance on her career, while sub-consciously testing the strength of her relationship to the good doctor. When a twenty-one year-old college student, is assigned to shadow her, Things Forbidden by Maryam Diaab takes shape, and the drama and excitement begins. Ajani Riley thinks he will get some on-the-job training as part of his college education. Little he does he know, meeting Yvette would change his outlook on many things. Even though she is engaged to someone else, Ajani is determine to get Yvette to notice him and want him the same way he wants her. Will he succeed or will he be heartbroken for the first time in his twenty-one years? Yvette uses her long time best friend, Wendy Web, as a sounding board and confidante. Yvette's feelings are so mixed-up she has a hard time seeing what is going on around her. Would the distant between Nashville and Detroit make her heart grow fonder for Terrence or will there be some doubt in her heart? Things Forbidden is the second release from Maryam Diaab. The chemistry between the characters, the tension and the confusion of life-changing choices, was well executed. What was not polished was the editing; words were left out a few times too many. However, Things Forbidden was a good read. I recommend it to romance readers; they will be well entertained. Jennifer Coissiere APOOO BookClub

Published by Thriftbooks.com User , 14 years ago
Yvette Brooks is all set to walk down the aisle with Dr. Terrence Hall when true love finally enters her life. Newly promoted to assistant principal and transplanted to Nashville, Tennessee, Yvette is a very dedicated educator who believes in what she does. That is, until student intern, Ajani Riley, walks into her office. Then she doesn't know what to believe. How she could allow herself to fall in love with a man over ten years her junior and a student on top of that, she doesn't know. But fall in love she does and what she has with Ajani is hot enough to make her cheat on her fiance the same way her fiance has always cheated on her. It's also solid enough to make her seriously reconsider her future. Should she follow her head or her heart? Maryam Diaab has done it again. With realistic characters, the right mix of drama and sincerity, and steamy love connections, Diaab invited me into the midst of THINGS FORBIDDEN and made me sit for a spell. After she turned me loose, I was more than satisfied with the visit. I look forward to her next offering. Reviewed by T. Shelly B. of The RAWSISTAZ(tm) Reviewers
Trustpilot
Copyright © 2022 Thriftbooks.com Terms of Use | Privacy Policy | Do Not Sell or Share My Personal Information | Accessibility Statement
ThriftBooks® and the ThriftBooks® logo are registered trademarks of Thrift Books Global, LLC