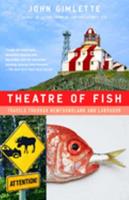 Theatre of Fish: Travels Through Newfoundland and Labrador

Newfoundland is one of the most intriguing places in North America, a land of breathtaking but cruel beauty, populated by some of the saltiest, oddest characters you'll ever find. In Theatre of Fish , John Gimlette vividly describes the dense forests and forbidding coastlines and recounts the colorful and often tragic history of the region. He introduces us to the inhabitants, from the birds and moose to the descendants of the outlaws, deserters,...

Published by Thriftbooks.com User , 14 years ago
It's hard to imagine how this book could be improved upon. It is, first, a wonderful work of descriptive prose, containing brilliant character sketches in St. Johns, the horrors of a demoralized Native village, and the beauties of the various landscapes he encounters. To this, add a piercing historical review, containing not only exhaustive research but also the incomparable advantage of his grandfather's diaries, giving a first-hand account of perhaps the most significant events in the province's history. This would be akin to having the private papers of George Washington's aide-de-camp while writing about Valley Forge. To this, add Gimlette's inimitable writing style, which is deadly precise when needed and startling funny when the mood strikes him. His unprovoked description of moose as "luggage-faced, ugly, skinny-arsed, bog-squelching oafs" still makes me laugh. There's really nothing to be gained by romanticizing these creatures, as Gimlette understands.

Published by Thriftbooks.com User , 16 years ago
"Fish without end" is Newfoundland and Labrador's social, economic and political burden. For something no longer there, the weight seems strangely ponderous. In this account of Canada's youngest Province [cliche for sale - cheap], barrister and travel writer John Gimlette takes us on an historical and sociological tour of the Newfoundland that was - and is. Although a Londoner, Gimlette has ties to "The Rock". His great-grandfather, Dr Eliot Curven, tended bodies and souls in the distant colony, and Wilfred Grenfell was headmaster of Gimlette's school. Grenfell's adventures in Newfoundland clearly helped inspire Gimlette's sprightly prose in relating his follow-along journey. Gimlette understands the multicultural foundation of this location at "the Edge of the World" as many Canadians do not. He reminds us of the Basque, Portugese, and Spanish who preceded the first hesitant British probings along those shores. He reminds us that cod [the only fish under consideration here] could be taken up in baskets. Photographs in the book show these weren't "pan frys" but substantial animals. With fish so plentiful and the means to take them so restricted, it was natural that control of the industry would pass to a few. Gimlette describes the rise of the "Fishocracy" where a few merchants controlled the flow and price of fish. That control passed along to the entire social structure of the island. Even the "home" government in London had far less power than the merchants. There were the merchants and the fishermen - no "middle class" could arise and farming was next to impossible on the rocky barrens. And now the fish are gone. Using his great-grandfather's journal, Gimlette tours The Rock [Newfoundland] and along the Labrador coast. His journey is spiced with historical accounts of the original settlers and their modern descendants. The stories aren't always happy reading. Poverty and struggle are a fundamental element in life here. If nothing else, the wind is able to toss houses and shift churches on their foundations. And in tightly packed communities of wooden dwellings, fire is an ever-present threat. St John's itself burned in the 19th Century alone. Grenfell arrived just after one of these conflagrations. In remote towns, dogs offer one threat while the polar bears provide another. Life here may be hard, but it shouldn't be boring. Yet that's exactly what led one of Gimlette's contacts into local politics. Gimlette's narrative is a rollicking adventure of observation and commentary. He's hardly a "detached" journalist, as his account of Premier Joey Smallwood's career demonstrates. There are heroes, heroines and villains aplenty. Gimlette manages to understand a few of them, even though 66 dialects have been identified and to him, one man sounds as if he's "speaking Irish through shingle". Gimlette doesn't fall into the trap of simply cataloging local idiosyncracies, however. He's more interested in, and relates with

Published by Thriftbooks.com User , 16 years ago
Author John Gimlette calls Newfoundland a "far-flung place." It's a place that has always fascinated him. And with good reason. He has known since childhood that his greatgrandfather, Dr. Elliot Curwen, traveled throughout Newfoundland and Labrador in 1893 and kept a journal as a starting-off point for his own journey of a region that, by most accounts, can be considered one of the most eccentric places inthe world, certainly in North America. Gimlette describes the provinces often-desolate landscape and it's colorful history. Most of all, he revels in the residents themselves, many of them descendants of rebels, deserters and fisherman ("fish-thieves and outlaws," he calls them) They're a frothy cultural stew of Irish, Scots, English and Micmacs who speak their own distinctive language. (The Dictionary of Newfoundland English is a hefty 700 pages). The crew from the movie The Shipping News gets some space (if stayed 8 weeks) as does Helge Ingstad, the Norwegian exployer behind L'Anse aux Meadows, a Norse archeological site. Everybody here seems to agree that Newfoundland is special, but they are not sure why. Using their circular brand of Newfoundland logic, they surmise, "If we only knew why it was so special, it wouldn't be special."

I'm all wrung out!

Published by Thriftbooks.com User , 17 years ago
This book has me totally exhausted. John Gimlette is a poet and so much more. In such few words he can paint the most extraordinary mind pictures. He combines his impressionistic descriptions with a palatable dollop of extensive historical research, some rather esoteric. (But isn't that one of the reasons we read these sorts of books?) Who would ever have thought that the people of Newfoundland could be so incredibly varied? Not only in regards to where they live, but where their ancestors came from, when, and how they live. What an incredibly interesting place! It's probably the most interesting part of Canada. John Gimlette certainly convinces this reader. I read this book and then I read it again out loud. Every so often I had a hard time suppressing the tears in my voice. More often I had to laugh and at times marvel at his expressions. Except for the few Gaelic quotes, this book is superbly written for reading performance!!! I hope someone records it! I think he has portrayed the people and their situation in an even-handed way. There were many people he met whom one must admire for their intellectual honesty, their resilience in the face of life's hardships and their generosity as an expression of their integrity as human beings. I realize that Newfoundlanders don't appreciate being explained by those from 'away' so I'll be interested to read their views. The people are portrayed as being proud of their heritage, their ability to survive and to enjoy life. The quotes are hilarious. Islanders everywhere develop their unique patois and Newfoundlanders definitely have theirs. They even have a huge Dictionary of their own. Gimlette's ancestor worked as a doctor in 1893 briefly with Grenfell. So there's a great romantic quest here to retrace his footsteps. Grenfell and his mission play a relatively large role in the book owing also to the fact that the author attended a boarding school in England which is owned by the Grenfell family. ....a bizarre time had by all, one can assume. (Are all English boys boarding schools so surreal?) Mr. Gimlette, I am on my way to visit Labrador and Newfoundland. Your book gives me not only more insight but also instills some not insignificant fears. About those 120,000 moose? I hope not too many of them choose to saunter into the road while I'm passing by. No night driving for me! Congratulations. Extremely well done! People are fighting me for my copy!!!

Published by Thriftbooks.com User , 17 years ago
This book is my first experience with Mr. Gimlette's travel writing, and rarely have I read something that moved me so much. I've been to Newfoundland three times, but never ventured beyond the St. John's city limits. Unlike most Canadian capitals, St. John's concessions to the tourist trade never included abolition of historic properties or determined smothering of the old way of life. Gimlette's portrayal of the quirky, independent, and proud Johnsmen gives you an insight into a people and lifestyle that has changed little over the years of its own volition. The outport and Labrador chapters were especially poignant. From start to finish, John Gimlette has done a magnificent job of describing life in Newfoundland, that bleak yet beautiful province.
Trustpilot
Copyright © 2022 Thriftbooks.com Terms of Use | Privacy Policy | Do Not Sell or Share My Personal Information | Accessibility Statement
ThriftBooks® and the ThriftBooks® logo are registered trademarks of Thrift Books Global, LLC