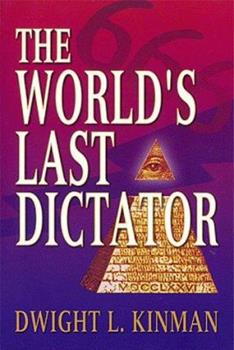 There is a plan to bring America into a New World Order-a one-world government. Behind this plan are powerful forces that are on a relentless path to establish a super world government, and they are... This description may be from another edition of this product.

Published by Thriftbooks.com User , 17 years ago
This a fantastic indepth book of the exact time we live in today. This book is everything I have heard about and studied about for years. It is all of the information that is "IN YOUR FACE" today for those who dare open their eyes and look.

Bringing out the Facts, People Parish for Lack of Knowledge!

Published by Thriftbooks.com User , 20 years ago
The book was full of facts about the plans spoken about in the Bible about the New World Order. Some of it does seem 'far out', I admit. But the more you study from a variety of sources, the more you find that there is NOTHING mentioned in the book that does not agree with the Bible or that is not printed by others who study this. People parish for lack of knowledge. Ignorance may be bliss sometimes, but don't be so ignorant that you're caught off guard. Don't only take Kinman's word for it, study it for yourself. Don't be complacent! Look into it for yourself. You'll be satisfied with this book, very well done!

Published by Thriftbooks.com User , 21 years ago
Dwight Kinman is to be congratulated for this outstanding book. It took great courage to research, edit and write this obvious expose of the Illuminati, (world wide power brokers) whose only ambition is to dominate planet earth under the guise of "A New World Order". If you are a bible reader, immerse yourself in this work and see the mind boggling deception that Satan has engineered from the time he was cast down upon the earth. We have been warned before! This may be the final warning to prepare for the inevitability of The Great Tribulation! This is NOT a dress rehearsal

Very interesting and a eye-opener!

Published by Thriftbooks.com User , 24 years ago
I found this book to be very interesting, I couldn't put it down, I wanted to know what is going to happen next. Mr. Kinman is very knowledgeable, of the end times. I have told my friends they need to read this book. Two thumbs up for this book.

Learn about coming events that will stun the World!

Published by Thriftbooks.com User , 24 years ago
America in peril: A secret plan for house-to-house seizure -- the confiscation of all U.S. citizens' guns. The Military: Why did the President of the United States sign the five branches of the military over to the United Nations on May 3, 1994? Foreign troops: One-half million foreign troops training on United States soil . . . why? Satanic goal: An implantable micro-chip in the hand or forehead of all the earth's people by the year A.D. 2000. Concentration camps: Why are these camps being built across America? The coming money crash: Seventeen steps of preparation for crisis days. There is a plan to bring America into a New World Order -- a one world government. Behind this plan are powerful, global, mega forces that are on an inexorable, relentless path to establish on planet earth a super world government by the year A.D. 2000. These forces believe they have it almost within their grasp, and they are about to make a dash to the finish line
Trustpilot
Copyright © 2022 Thriftbooks.com Terms of Use | Privacy Policy | Do Not Sell My Personal Information | Accessibility Statement
ThriftBooks® and the ThriftBooks® logo are registered trademarks of Thrift Books Global, LLC