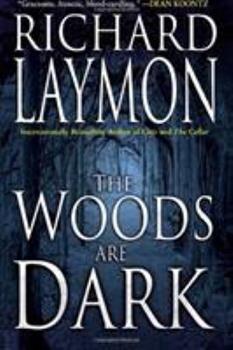 The Woods Are Dark

A group of deformed, cannibalistic, humanoid creatures live in the woods...as some unlucky travelers are about to find out.

Published by Thriftbooks.com User , 13 years ago
If you have a baseball or football team, you may have a number of good players, but there is often one star player that shines far above the rest. Such is also the case with the author lineup for the horror novels of Leisure Books: while they have a number of decent writers, they also have their star, namely Richard Laymon. The Woods are Dark, one of his earliest works, shows again why he stands out from the crowd. If movies can have director's cuts, so can a book have a writer's cut. The original version of The Woods are Dark was substantially different from Laymon's manuscript and it had been left to his child to put it together the way Laymon intended. I've never read the other version, but given how good this version is, it's hard to believe the other one is better. This short novel follows Neala and Sherri who, while on vacation, stop for a bite to eat in the small town of Barlow. Big mistake. The residents of this out-of-the-way town have a tendency to take unwary outsiders prisoner and put them out in the woods, where a savage bunch of inbred cannibals (called the Krulls) do what savage cannibals would be expected to do. Sherri and Neala are not alone in impending victimhood; the Barlowites have also kidnapped the Dills family - Lander and Ruth, their teenage daughter Cordelia and Cordelia's boyfriend Ben. Although freed from their bondage by a sympathetic townsperson, they are far from out of the woods, either figuratively or literally. Most of the novel has the six of them - plus their rescuer - avoiding the Krulls with sporadic success. For some, death will occur, while others there is degradation and/or insanity. As is typical for Laymon, this is a book filled with both sex and violence, often combined, so it is not for the squeamish (and as usual, women get the worst of it). But as is also typical for Laymon, this is a fast paced novel that is a well written thriller. For those who enjoy a nicely grim horror story, The Woods are Dark delivers.

If you like Horror stories - You will LOVE this book!

Published by Thriftbooks.com User , 14 years ago
I am convinced that Laymon cannot write a bad book. This story is about travelers that seem to "disappear" as they are traveling through a small town. Maybe its the Krull's that live in the forest - which are deformed human being like creatures that make the forests their home? If this is your first Laymon book - I guarantee it won't be your last! Fun and easy reading, and written in Laymon's classic innocent style.

THE WOODS ARE DARK

Published by Thriftbooks.com User , 20 years ago
This book is excellent it was the first book of Laymons I read and after reading another 5 they still havent been up to the standards as this one. it keeps you on the edge of your seat all the way through the book right from page one, its the best horror/suspense story i have ever read whith a great plot. i would definatly recommend it to everyone who likes horror.

The Woods Are Dark

Published by Thriftbooks.com User , 20 years ago
In typical Laymon fashion, this book starts out with a bang. One minute the characters are in a comfortable, familiar setting and before the first chapter is over they have dropped into a ghastly world populated by monsters and seemingly normal folks (who's in charge of whom?). As the story unwinds the motivations and origins of these ghoulish beings becomes clear and makes sense. The pace of the story is unrelenting. the horror never stops. There are no slow passages to tempt you to set this book down and catch your breath. The twists and turns pull you along to the last page. This is as good as the best of Laymon's writing.
Copyright © 2020 Thriftbooks.com Terms of Use | Privacy Policy | Do Not Sell My Personal Information | Accessibility Statement
ThriftBooks® and the ThriftBooks® logo are registered trademarks of Thrift Books Global, LLC