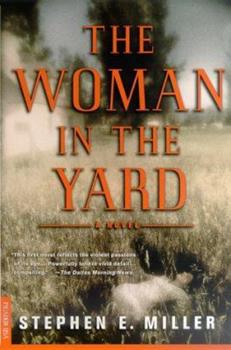 The Woman in the Yard

Set in the Deep South in 1954, this is a gripping literary tour de force, in the tradition of Montana 1948 and Peter Dexter's Paris Trout about a series of murders in a small town that reveals the tidal wave of social change sweeping over America at the time of integration"He stopped at the first good place he found. After all, he had just killed someone. He was scared. He wanted to get rid of the evidence. He parked the truck with its back to the...

Really good and out of the ordinary

Published by Thriftbooks.com User , 23 years ago
Having served as an MP in the military during the Korean conflict, Q.P. Waldreau looks forward to a career in law enforcement. Even though he is only the acting sheriff of New Hanover County, North Carolina, Q. P. relishes the idea that his new civilian life starts at home on New Year's Day 1954. However, if Q.P. thought he would ease on into the job, he soon found he was very much mistaken. Instead of the endless days of fishing, with little else to do but relax, Q.P. quickly finds himself investigating the murder of a Negro prostitute. The prime suspect is her pimp. Before Q.P. completes his inquiries, the pimp becomes a victim of a lynching. As two more corpses are found, local residents have doubts that Q.P. is capable of doing the job right. Not only is he inexperienced, he has a Jewish girl friend with integration leanings. THE WOMAN IN THE YARD is an intriguing period piece police procedural that will gain much reader attention for author Stephen E. Miller. Taking place at the same time that the Supreme Court rules on the Brown vs. the Topkea Board of education case, the rural South is vividly brought to life as the cornerstone of the novel. Q.P. is a fine sheriff, who seeks the truth even though his own peers show disinterest. The secondary ensemble brings a wide variety of depth that propels the story line forward. In spite of this being his debut novel, Mr. Miller has raised the quality level of the historical rural southern police procedural with this entertaining novel.Harriet Klausner
Trustpilot
Copyright © 2022 Thriftbooks.com Terms of Use | Privacy Policy | Do Not Sell or Share My Personal Information | Accessibility Statement
ThriftBooks® and the ThriftBooks® logo are registered trademarks of Thrift Books Global, LLC