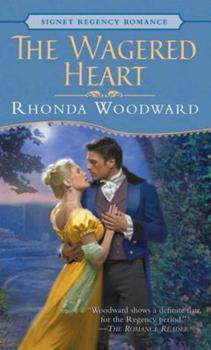 Miss Juliann Alard must cut short her season and return home-where she'll concoct an elaborate plan of revenge against the roguish Duke of Kelbourne. Little does she know, however, that the duke also has some plans up his rakish sleeve...

Published by Thriftbooks.com User , 15 years ago
This is another great read where our Heroine Julia is assulted by the rogish Duke who kisses her(on a bet)in the middle of a London street in front of many members of the Ton and ruins her one and only season in London. Cutting her season short, she returns home and plots his revenge just to make herself feel better knowing she would probably never see him again. She is invited to a house party in Bath, the last place she'd ever hope to encounter the city Duke who is there to keep the peace between his mama and grandmere. With all the malice she can muster she resumes her plot of revenge against the Duke but falls short on so many levels because she simply cannot resist his charms........and he cannot explain enough that he is so remorseful about that one fateful day one london season ago ... I wish Rhonda's novels weren't so short, this is the first time I will say that this book needed at least 50 more pages. It's like a great love story ending so soon. I am eagerly awaiting Rhonda's next book.

Published by Thriftbooks.com User , 16 years ago
From the back cover: AN ALARMING KISS The incident is quite unexpected. Enjoying a spring afternoon of shopping with her relatives, Miss Julia Allard could not be better chaperoned with the Royal Navy by her side. Even so, a handsome stranger catches up to her, and before she knows what's happening, Miss Allard is in his arms--being kissed! The young lady slaps the assailant, of course, but not before her reputation has been fairly tarnished--and the memory of his passionate kiss forever sealed on her lips. The stranger in question, the Duke of Kelbourne, has made a name for himself with such roguish acts. Now, to allay rumors, the mortified Miss Allard must cut short her Season and return home, where she'll concoct an elaborate plan to exact her revenge. Little does she know, however, that the duke aslo has some plans up his rakish sleeve . . . Camy here: This kept my interest from page one until the end. I really felt for Julia when the Duke's selfish act threatened her reputation not just in London but also back home in the country. There are maybe a few too many characters to keep straight and a little bit of narrative head-hopping. Also, the heroine's revenge plan had several holes in it, but the plot made it seem like the only option available to a bitter and angry young woman with no other resources. I just thought it was a bit silly for her not to realize the Duke is much more experienced and might see through her inconsistent behavior. However, this sort of revenge plan has been dealt with much less adroitly in other books I've read, and it was nice to see it done in this novel with both elegance and good emotional impact. The Inciting Incident in the prologue--the life-changing kiss--is terrific and shocking, and the motivations for the hero and heroine coming together again in Bath to kick off the story is both cute and plausible. The confrontation between hero and heroine near the end has excellent, dramatic dialogue, and the HEA scene is satisfying without being too cheesy. I did think the short epilogue was cheesy, but the last sentence was romantic. I would definitely read another of Ms. Woodward's novels. Very entertaining.

Published by Thriftbooks.com User , 17 years ago
This is a very entertaining Regency, well plotted with likeable and believable characters. The writer pays great attention to small details of the era, further enriching the tale. Even the secondary characters are thoroughly engaging. It is a pleasure to read such a well written novel of this era.

Published by Thriftbooks.com User , 17 years ago
This is one of the best Regencies I've read in a long time. The story was fast paced and the characters delightful. It's obvious Ms Woodward did her homework and knows the Regency period well.

Published by Thriftbooks.com User , 18 years ago
This is a great regency romance with the ambience of the time. Ms. Woodward knows her genre - and I mean knows it! She captivates the reader with her character development. Even her secondary characters kept me absorbed. I want more! I loved the development of the romance between Julia and Kel. Ms. Woodward gave it an interesting twist and kept me guessing. Her characters lingered in my mind even when I had to put the book down (for a few hours) and I look forward to her next book. I wish her books were longer because every one of them that I have read make me want more (and I have read all three.)Keep them coming!
Copyright © 2022 Thriftbooks.com Terms of Use | Privacy Policy | Do Not Sell My Personal Information | Accessibility Statement
ThriftBooks® and the ThriftBooks® logo are registered trademarks of Thrift Books Global, LLC